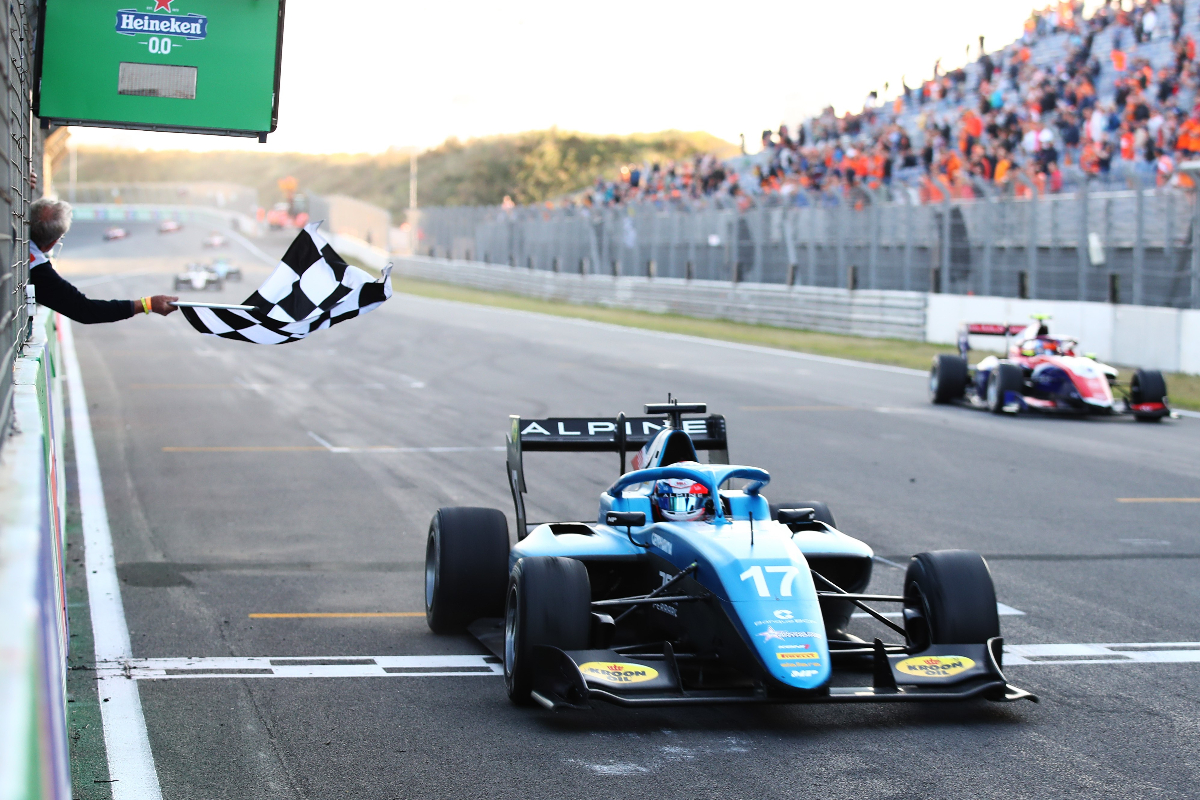 MP Motorsport’s Victor Martins has spoken through his emotions after taking his maiden FIA Formula 3 win at Zandvoort, as he moves up to third in the championship.

The 2020 Formula Renault Eurocup champion came through from fifth on the grid to take his first victory in single-seater racing’s third tier, beating Clement Novalak and Frederik Vesti.

Speaking in the post-race press conference, Alpine junior Martins explained a small story from the previous day with his engineer.

“Clearly, yes,” he said when asked whether it was the best win of his career. “I think I have waited quite a bit of time to get that one.

“I can tell you a little story. Yesterday I was actually with my engineer, counting how many times I could have won this year if I would have put it altogether on a weekend. And I was just wanted to win here, to win for the team. My engineer was telling me ‘last year I won one, so at least I want one from you from this season’.

“So this was clearly the weekend to win, and I will remember that one for all my life, for all my career, because we have been through quite some low moments this year, in Budapest for example, and to come back like this from Spa on a wet weekend, now on a dry weekend we can show that we are again there to fight for pole position and wins and we finally got it.

“It feels good, but as my team manager is saying, we are still hungry for more.”

Formula Scout asked Martins about his remote title hopes, as he sits 50 points off the lead with 92 left to score, but he asserted that he does “not want to think about it”.

“I didn’t think [about it] for all the season, so it’s not now that I won that I would think about the championship or to maybe have the possibility to finish P2 or P3.

“I just want to make the most out of the moment I have right now with my team, and I think it will pay off at the end.”

Martins also felt that he managed the late safety car intervention well, and the pressure from Novalak behind.

“To be honest, I was in a really good rhythm from when I overtook Clement until the safety car, but it’s experience. I have been through that situation many times, like the others, when you are in the lead you always at some point got something which is going against you, so you need to keep calm.

“Keep doing the job, in order to what you have done during the race is good and you just need to be focused ahead, and I actually said when the safety car came out: ‘keep level-headed’. It’s just like you just don’t want this situation to disturb you, and I think I managed it quite well.”