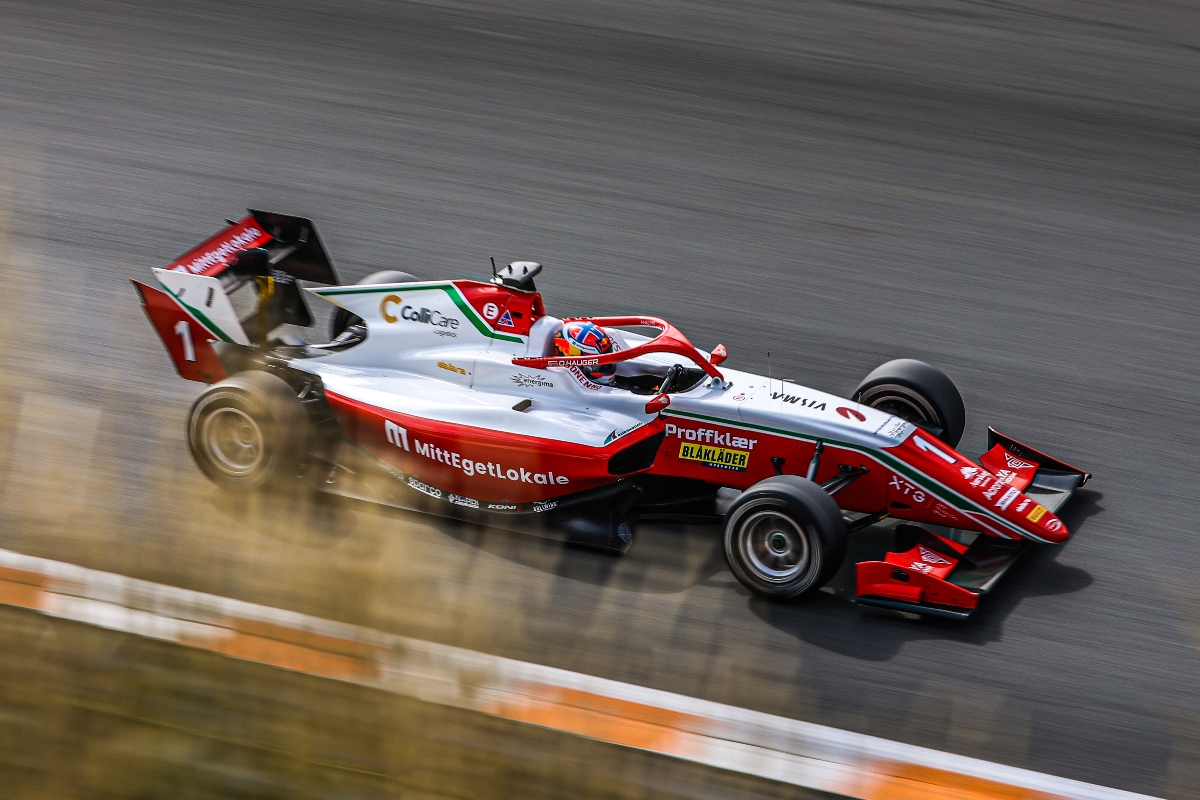 Dennis Hauger has one hand on the FIA Formula 3 title after his fourth win of the season at Zandvoort.

The poleman was untouchable throughout Sunday’s race.

He was under pressure from David Schumacher in the opening laps but had pulled out of DRS range before it could be activated. The gap would only extend from then on and grew to more than five seconds when Schumacher was wiped out of the race in the closing laps.

Schumacher had spent the race defending from Victor Martins. They were soon joined by Clement Novalak and by the end of the race Schumacher had a train of drivers behind him. Martins made many overtake attempts but none could bring him alongside Schumacher.

Three laps before the chequered flag, he dived down the inside of the Trident driver but locked up and made contact. Schumacher was sent into the barriers, while Novalak dived past them both to take second place and move into third in the standings.

A virtual safety car was called, ending only a few sectors before the finish, with Hauger some way ahead of Novalak.

Martins crossed the line in third, but was handed a 10s penalty that dropped him to 10th, promoting Alexander Smolyar into the final podium position and Jack Doohan to fourth.

Doohan had had a poor start and a wide moment dropped him further back. He managed to retake a handful of positions but then became stuck behind Smolyar as he joined the DRS train.

The result means Hauger extends his gap at the front of the championship by a further 13 points to 43 points, with only 65 available to score.

Caio Collet finished fifth, having initially fallen backwards at the start but making up positions in the closing stages.

Logan Sargeant finished sixth just ahead of Jak Crawford and Frederik Vesti. Arthur Leclerc was the final driver to earn a position from Martins’ penalty.