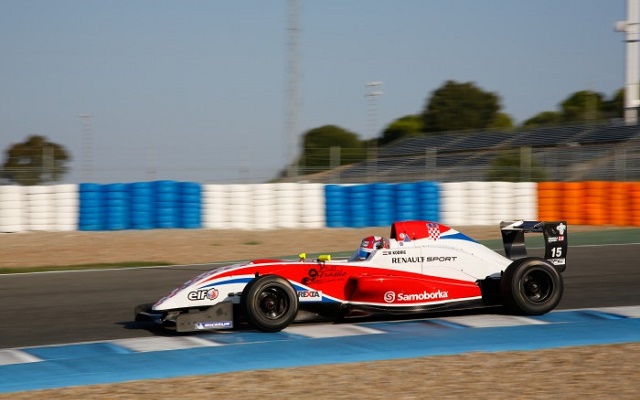 Kodric, 17, raced with the Northamptonshire-based team in 2014, completing a full schedule in FR2.0 Alps and all but one round of the NEC series.

Before his graduation to cars, he was a top karting driver in regional championships and enjoyed success on the international scene, winning the 2012 Andrea Margutti KF3 title and finishing third in the 2013 CIK-FIA Super Cup.

“Fortec is a great team and I am very excited and pleased that I will be working with them again this year,? stated Kodric. “It will be hard and challenging but together we can turn it into a good and successful year!”

In addition to the full Eurocup campaign, Kodric will also take part in three rounds of the Alps championship.

?We are really happy to be working again with Martin,? stated Fortec manager Martin Young. ?We aim to build on his speed from last year in order to make this a solid and successful year.?

Kodric is the third addition to what is expected to be a four-car lineup for Fortec as he joins Ben Barnicoat and Luke Chudleigh.