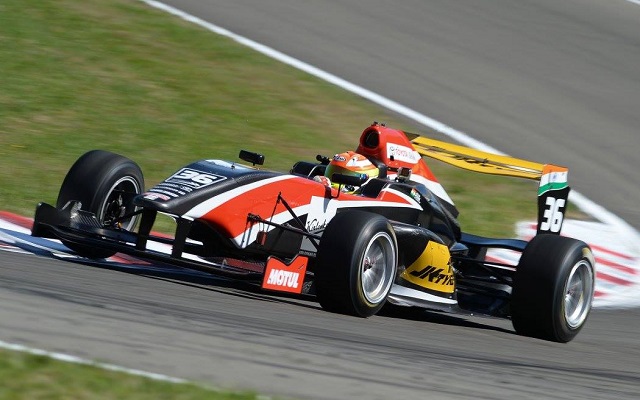 Brandon Maisano and Arjun Maini shared the qualifying spoils at a third consecutive Toyota Racing Series round at Manfeild to keep the pressure on points leader Lance Stroll.

Maisano claimed his fourth pole position of the campaign in the first session to set the grid for Saturday’s opening race.

Maini was the early pace-setter and moved back up the order to second place just before a red flag with two minutes remaining when Sergio Sette Camara went off.

That demoted Sam MacLeod and Stroll, who set identical times and will share row two of the grid.

Fresh from the announcement of his Red Bull Junior Team place on Thursday, Callum Ilott took P5 ahead of GP2 racer Artem Markelov. Camara held onto seventh ahead of Santino Ferrucci and Damon Leitch, while GP3/FR3.5 dual campaigner Alfonso Celis was tenth.

Session two befell a similar fate to the first with a late red flag, this time triggered by Nikita Mazepin.

With no improvements after the restart, Maini wound up with pole position for the season finale, the New Zealand Grand Prix, after earlier moving ahead of MacLeod by a mere six thousandths of a second.

After missing the opening session as his reliability woes seemingly continued, Matteo Ferrer bounced back to claim P3 just before the red flag. Maisano edged out his team-mate Stroll for fourth, with Charlie Eastwood making it four M2 drivers in the top six.

Stefan Riener was seventh ahead of Thomas Randle, with Ferrucci and Camara rounding out the top ten.

With 75 points available from each of the remaining three races, Stroll has an 85-point lead over Maini, and is 102 ahead of Maisano.