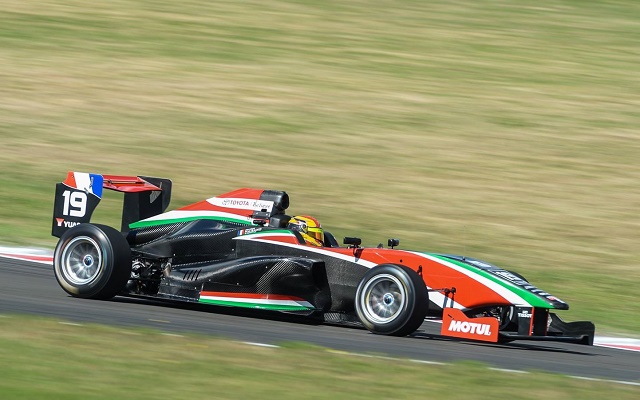 French driver Brandon Maisano celebrated his fifth victory in the Toyota Racing Series, delivering a lights-to-flag drive in the first race of the Manfeild finale.

But Indian Arjun Maini – who partners both Stroll and Maisano at M2 – remains runner-up in the standings, having finished the race in second to cut the Canadian’s lead down to 63 points.

Maini could very well have won the race as he ramped up the pressure over the last laps after shadowing Maisano during the first half. However, the Frenchman held on to the checkered flag.

The duo were the class of the field in what was a remarkably serene race for the series, with all 20 cars making it to the end of 20-lap contest.

Sam MacLeod, who came into the round with only an extremely slim mathematical chance at the title, held off compatriot Callum Ilott throughout the race to secure his fourth podium. However, the Scotsman is no longer eligible for the championship.

Santino Ferrucci, on the other hand, remains in contention, having placed fifth and now sitting 130 points adrift of the lead.

After dropping from fourth on the grid to eighth during the opening laps, Stroll found himself in danger of losing a big chunk of his lead. Yet the Canadian rebounded as usual – first overtaking Damon Leitch for seventh and then taking sixth off Artem Markelov.