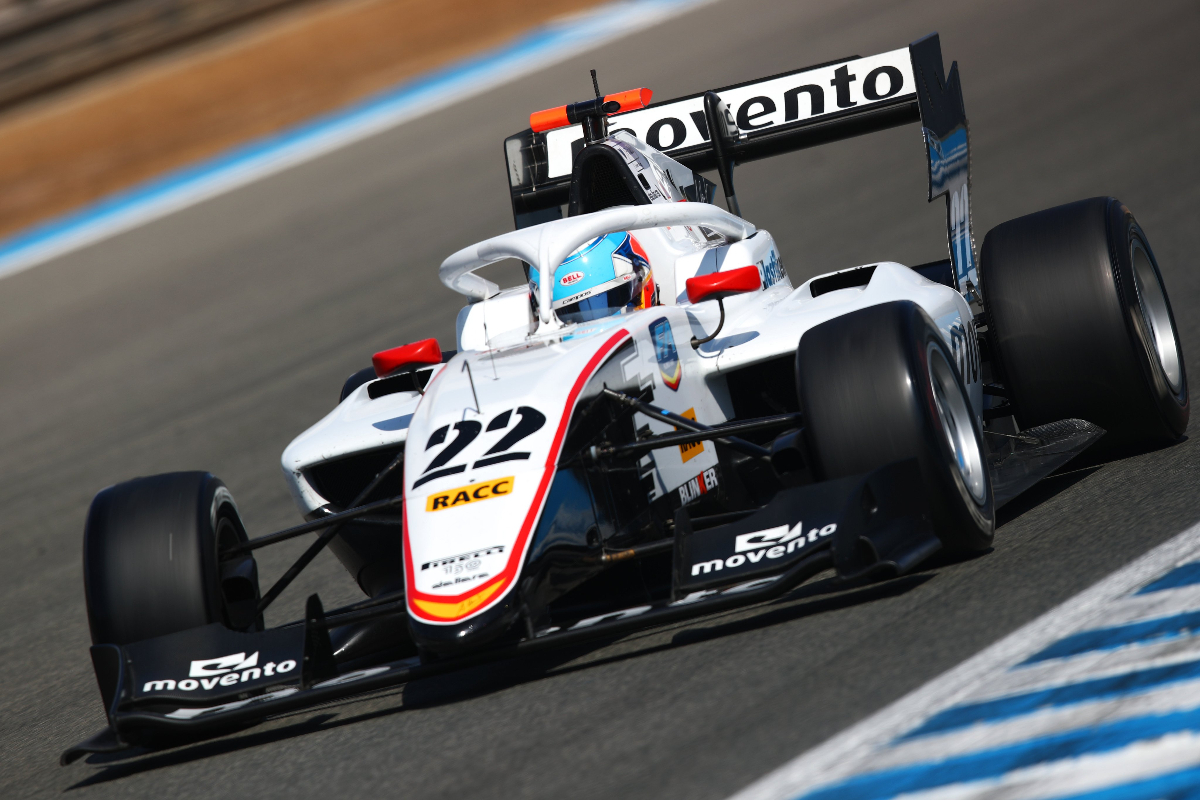 Campos Racing’s Pepe Marti topped the charts in a slower afternoon session on the second day of the FIA Formula 3 post-season test at Jerez, which was red-flagged four times.

Christian Mansell, who took part in day one and two of testing with Campos, set the first reference as most drivers focused on long-run pace.

The first red flag was out 24 minutes into the session, as Jenzer Motorsport’s Taylor Barnard spun into the gravel at turn eight, and it was another Campos driver who took over at the top once track action resumed as Hugh Barter went fastest with a 1m32.226s lap.

Mansell reclaimed first place at the end of hour one of the three-hour session, setting a 1m31.952s as Marti rose into second place with a 1m32.025s lap.

Hitech GP’s Gabriele Mini then caused the next red flag stoppage by crashing at turn 10, and there was another 40 minutes before more change at the top as Marti moved ahead by posting a 1m31.807s lap. Prema’s Paul Aron rose to third place at the same time, but it was only the Campos drivers able to lap sub-1m32s.

Trident’s Gabriel Bortoleto, who had set the pace in the morning, caused the next red flag stoppage by repeating Mini’s mistake but he did usurp Marti at the top.

His 1m31.747s effort was bettered by just 0.011 seconds by Mini, then with 20 minutes to go Barnard had another off and brought red flags out again.

Drivers switched their focus to low-fuel runs in the 15 minutes left when the session restarted, and O’Sullivan, Mini and then Marti lowered the pace. Marti’s ended up as the quickest, by 0.118s over Mini, and Prema duo Aron and Dino Beganovic rose into third and fourth place at the end too.