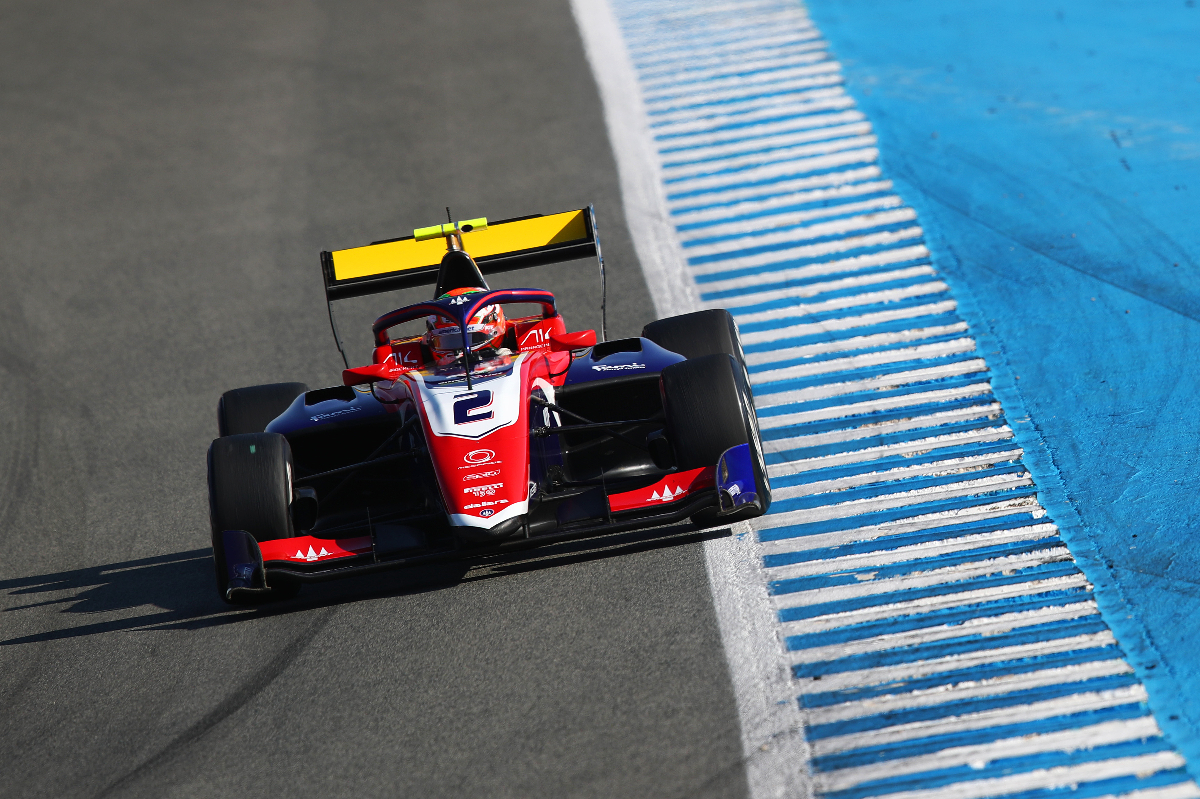 Trident’s Gabriel Bortoleto set the fastest lap of FIA Formula 3 post-season testing so far in the second morning at Jerez.

The Formula Regional European Championship racer, a recent signing to Fernando Alonso’s A14 Management firm, was on top for a significant majority of the three-hour session.

He was the first out on track and to set a flying, establishing an early 1m31.284s pace that put him a thousandth of a second ahead of Prema’s Paul Aron.

After 10 minutes it was Aron’s test team-mate Zak O’Sullivan who sat at the top with a 1m30.721s lap, and Bortoleto beat that by almost a second at the end of the first half-hour as he set a 1m29.871s.

That stood as the fastest lap of the session for a long time, with O’Sullivan improving in second place but not breaking into the 1m29s.

The other Trident drivers also showed strongly, with Oliver Goethe sat in third place for a short while and then Leonardo Fornaroli rising to fourth just as Campos Racing’s Pepe Marti became the second driver to lap sub-1m30s.

Almost every single one of the 30 drivers was in the pits after 45 minutes of the session had passed, and there was little track action in the next half-hour. The only noticable thing to occur during this time was ART Grand Prix’s Kaylen Frederick going fourth fastest and Bortoleto lowering the benchmark pace to 1m29.554s.

Neither he or anyone else was able to better that laptime, and the order in the top 10 went unchanged through the second half of the session as drivers went on long runs or stayed in the pits. The only driver out on track as the chequered flag waved was Hitech GP’s Gabriele Mini.