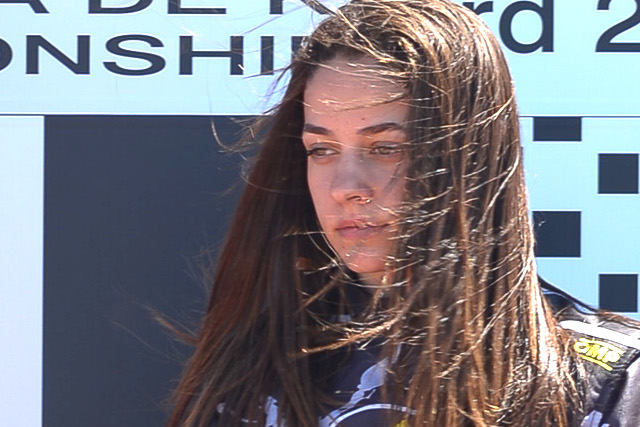 The 16-year-old won the CIK-FIA Academy Trophy last year and came fourth in the European junior championship, a result she repeated at senior level this season.

She tested in Spanish F4 at the start of this year and also sampled Formula 3 machinery with the Drivex team co-owned by ex-Formula 1 racer Pedro de la Rosa.

Garcia and fellow Spaniard Antolin Gonzalez?- who recently contested a round of the Italian series – will join an expanded Drivex line-up in F4?for the final four rounds, together with Russians?Alexander Vartanyan and?Nikita Volegov.

They become only the second and third Spanish drivers to compete in the new-for-2016 series, but?Alexandra Consani of promoter Koiranen says their arrival?shows the series is heading in the right direction.

“Marta and Antolin’s addition in the F4 Spain Championship is very positive,” said Consani. “It shows that there is a growing interest in the Series after only three rounds. We are on the right path and we will keep on working to develop the championship for next year.?