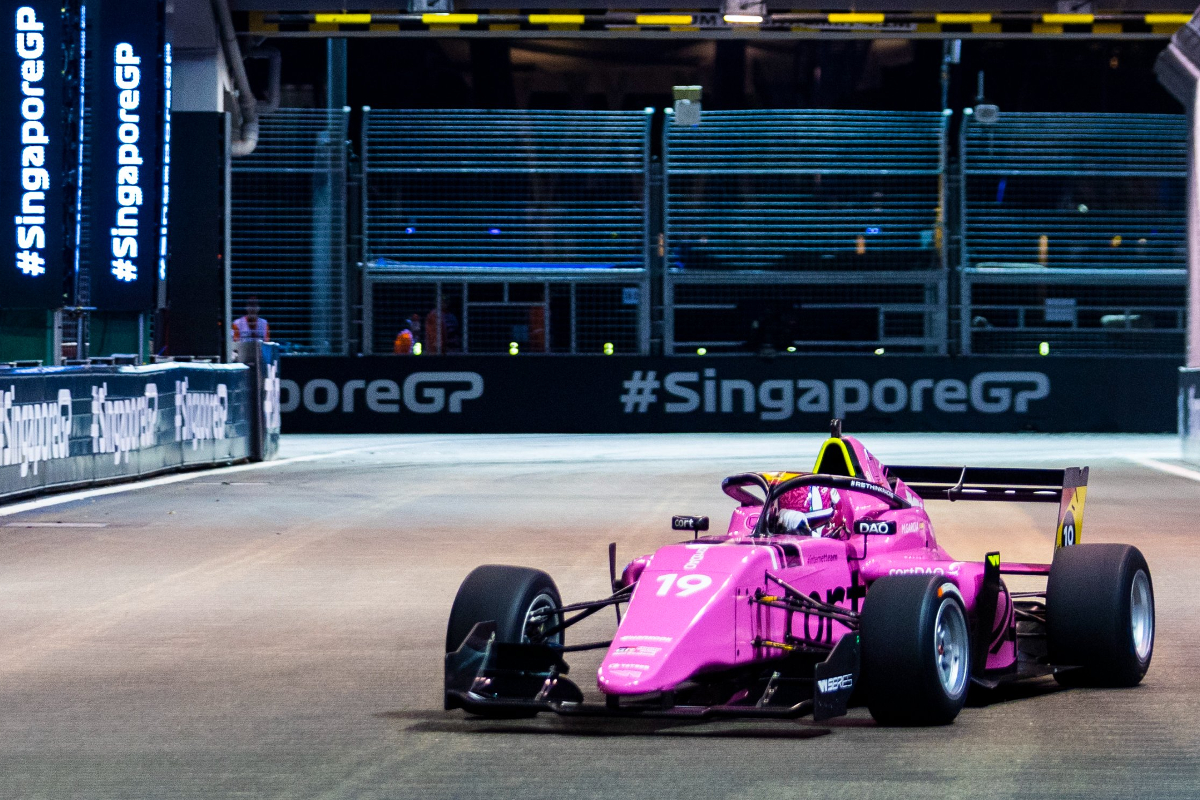 Marta Garcia took her first W Series pole of 2022 in a flooded qualifying session in Singapore.

Qualifying was red flagged twice due to the torrential conditions and eventually abandoned with just over five minutes still left on the clock.

Championship leader Jamie Chadwick could only manage eighth quickest, and was two seconds off the pace set by Garcia.

It was already raining when the session started, with conditions worsening throughout qualifying. Alice Powell topped the times after the first laps, with Garcia slotting into second.

An improvement from former Renault Formula 1 junior Garcia put her at 2m30.762s, and that laptime would not be bettered as weather conditions did not improve.

A spin for Belen Garcia was the first sign the standing water was getting too much for the field. She was able to get going again and avoided the barriers, but qualifying was red flagged shortly afterwards.

After a short delay, the session was resumed, but the light at the end of the pitlane remained red for an extra five minutes. The clock had ticked down to 10 minutes before the cars were allowed back on track.

Nobody was able to find improvements in qualifying’s second half, though the field continued to push. Both Abbi Pulling and Bruna Tomaselli ended up going down escape roads, prompting yellow flags which quickly were replaced by reds.

Qualifying was not resumed, and Garcia claimed her first pole since the 2019 Norisring round.

Beitske Visser had gone second fastest before the first red flag, just 0.087s behind Garcia, dropping Powell down to third and half a second back.

Despite her spin, Belen Garcia qualified fourth, ahead of Jessica Hawkings, Pulling and Sarah Moore.

Chadwick will start the Singapore race from eighth, while Fabienne Wohlwend and Emma Kimilainen completed the top 10.

Juju Noda and Bianca Bustamante failed to lap within 110% of the pole time, meaning they will require dispensation from the stewards to race. Both were far closer to the pace in the dry free practice session, and therefore are likely to race on Sunday.