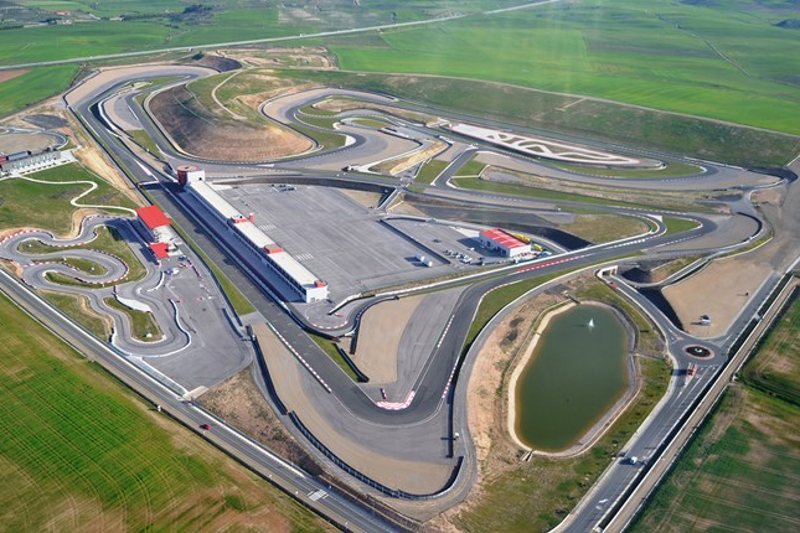 MSV, owned by ex-Formula 1 racer Jonathan Palmer, runs 27 series and six British circuits including two former grand prix tracks, and also has a site in France called Couvron which it plans to develop into a venue focused on electric motorsport.

A tender process was began by publicly-owned company Navarra Impulsa Cultura, Deporte y Ocio this May to determine a future for the Navarra circuit that was end its dependance on regional funding.

The circuit opened in 2010, and held Auto GP and then a race weekend including Superleague Formula and the FIA GT1 world championship that year. Since then it has hosted stages of the Vuelta a Espana cycling race and the Spanish Formula 4 championship, which vists this weekend. There is also a neighbouring karting track.

Once the purchase goes through, MSV will finalise Navarra’s 2023 events calendar and also completely resurface the track.

“The acquisition in principle of Navarra circuit is tremendously exciting and another landmark in the expansion of MSV,” said Palmer.

“It is an extensive and very impressive facility and our ambitious plans should enable the circuit to realise its full potential, with the intention of significantly increasing its levels of daily occupancy and the number of high profile race events.”

MSV has not commented on whether it would consider visiting Navarra with some of its series, which include single-seater championships GB3, GB4 and United Formula Ford, for tests or races in the future. The British GT championship that GB3 supports is visting Algarve in Portugal next year, but GB3 is yet to announce its 2023 calendar.

Friday was busy for Navarra as in addition to announcing the sale it was also running a pre-event test session for Spanish F4.

Danish F4 star Noah Stromsted was fifth fastest ahead of his series debut and first F4 races in almost a year.

In total 30 drivers took part in the test, with the top 20 covered by a second. In addition to several drivers who had already been announced as joining the grid, there was a change at Monlau Motorsport with Niels Koolen replacing Martinius Stenshorne at the Van Amersfoort Racing-linked team for this weekend’s races.

The 20-year-old Dutchman raced in senior karting across Europe prior to the COVID-19 pandemic, and his father is Dakar Rally competitor Kees Koolen.