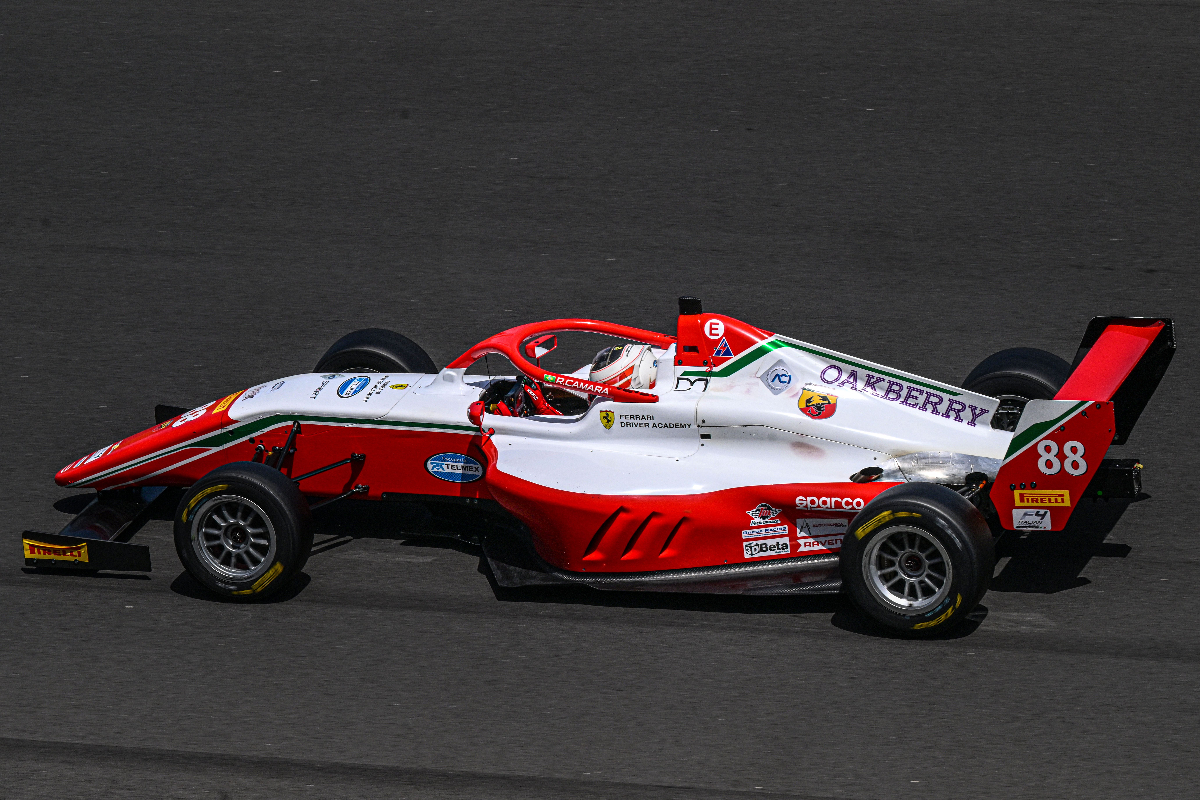 Prema’s Rafael Camara was fastest in Italian Formula 4’s two-day test at Monza, with the second day being washed out.

In total 44 drivers attended the test, and were split into two groups. Group A ran first on Thursday, and Group B went out first on Friday.

US Racing’s Marcus Amand kicked off the test by topping Group A’s first session by a huge 0.756 seconds over the Iron Lynx-run Maya Weug and Niko Lacorte. However his team-mates Kacper Sztuka and Ginetta Junior driver Akshay Bohra failed to register laptimes.

Amand continued to reign in his second second, reclaiming the overall top spot with a 1m53.889s. It put him just 0.086s clear of Van Amersfoort Racing’s Martinius Stenshorne.

Wurz lowered the pace further in Group B (and would go no faster after) and had team-mates Camara and Antonelli lapping within a tenth of his 1m53.638s.

Sztuka started the afternoon with a rapid 1m53.085s lap, with Stenshorne, Amand and VAR’s Arvid Lindblad the only drivers in a second of his pace.

BVM Racing’s Alfio Spina pipped Antonelli in Group B’s third session, and Sztuka was fastest again in session four for Group A. His benchmark lap was bettered at the end of Thursday though as Camara set a 1m53.058s.

Laptimes were over 10s slower on Friday, and Wharton was first to top a session.

Ahead in Group A’s first running of the day was Hadrien David. The Formula Regional driver was driving for R-ace GP and told Formula Scout he was “just helping” the team by being in the car. Second fastest was US’s Alex Dunne, who along with CIK-FIA World Karting champion and Formula Academy Finland race-winner Tuukka Taponen at Iron Lynx had missed Thursday.

Prema’s Ugo Ugochukwu and Antonelli had a big margin at the top in the next session, while Camara only set two laps then missed the afternoon action.

Through the test there were red flag periods caused by drivers who crashed or stopped on track, including Pedro Perino, Elia Sperandio, Fittipaldi, Lindblad, Victoria Blokhina, Giovanni Maschio (driving for MDE Events rather than AS Motorsport), David, Jules Castro and Amand.

R-ace and Trident were also running FRegional cars at Monza, with GB3 race-winner Max Esterson in one of Trident’s cars.