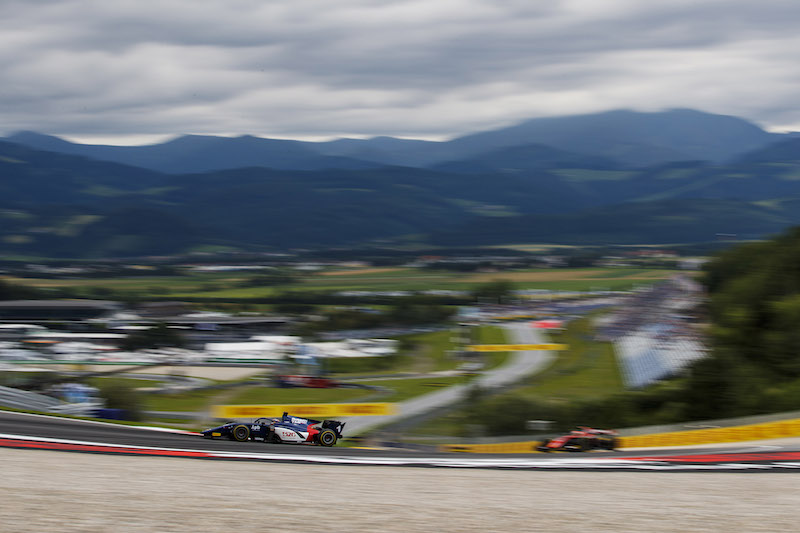 Artem Markelov took a lights-to-flag win in the Formula 2 sprint race at the Red Bull Ring, as George Russell claimed the points lead in style by charging to second place.

Russell overtook four drivers in as many laps after the start, all in Turn 1, beginning with his title rival Lando Norris immediately after the rolling start for sixth place.

He then went past Antonio Fuoco, Alex Albon and Sergio Sette Camara at the same place in consecutive laps.

It was on lap seven of 28 that Russell took second place away from front-row starter Tadasuke Makino, at which point Markelov was 2.5 seconds up the road.

The series veteran wouldn?t be threatened by Russell however, gradually opening his advantage up to 6.2 seconds at one stage, and finishing up 5.6s clear as he repeated his victory from the same race one year ago.

Russell is 10 points ahead of Norris heading to Silverstone next weekend after his fellow Brition slipped out of the points positions.

He spent much of the race in sixth up behind Alex Albon, and although he briefly passed Albon from a long way back at Turn 3 with 10 laps to go, he would later lose the place again and was shuffled back to 11th by the finish.

Makino couldn?t maintain his strong early pace to take a maiden podium, and ended up back in sixth place behind Sergio Sette Camara, Antonio Fuoco and Albon.

Santino Ferrucci took seventh ahead of Nicholas Latifi, Nirei Fukuzumi and Arjun Maini after all came past Norris in the closing stages.

Roberto Merhi started from the pit lane rather than the fifth-place he should have had on the grid, and finished 16th.