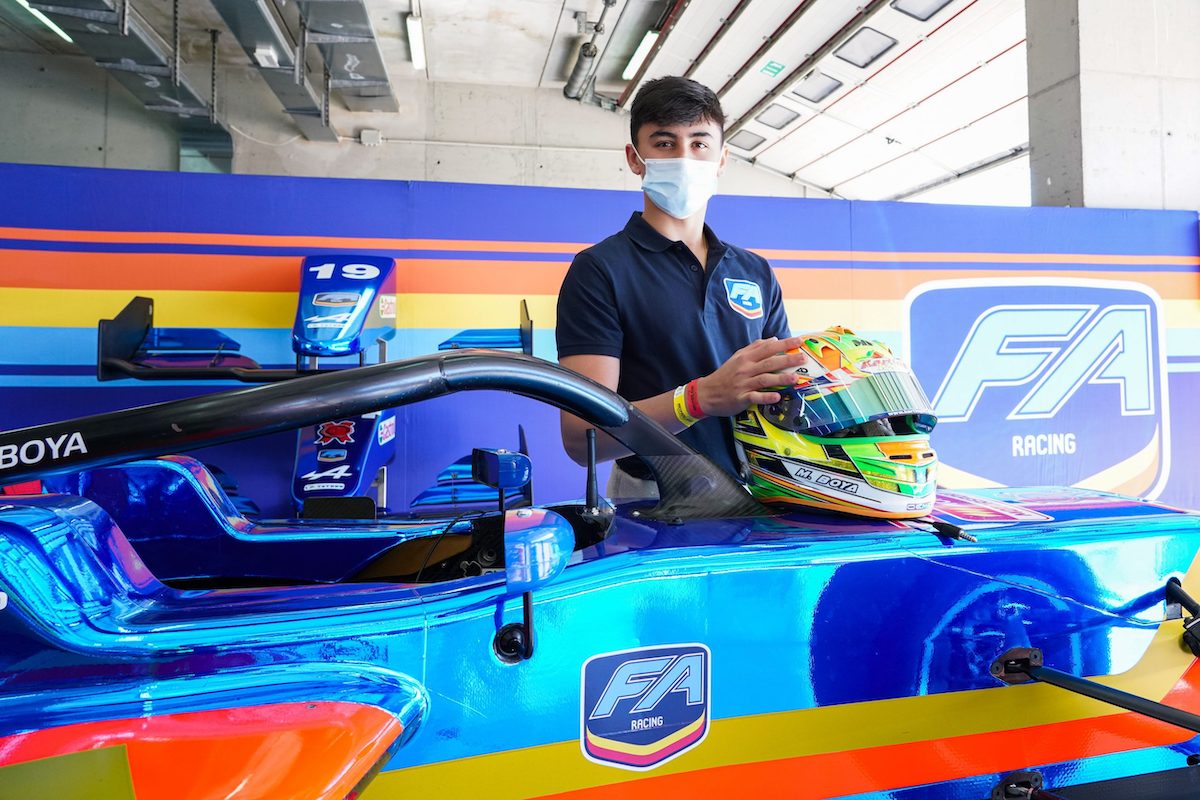 Boya took three wins in his rookie single-seater campaign in Spanish F4 in 2020 while driving for MP Motorsport, which will again operate Regional Formula 3 cars in the colours of Fernando Alonso alongside its own entries this year.

He joins Andrea Rosso and Alexandre Bardinon under the FA banner.

“I’m really happy to be in Formula Regional European with FA Racing this year,” said Boya. “It feels good not to hesitate and quickly graduate to a higher category in single-seaters, and it’s especially rewarding to join FA Racing for that.

“Driving for my countryman Fernando Alonso, a living legend in motor racing is an honour and a dream come true. I hope to repay his faith in me by continuing the form I have shown in Spanish F4, and hopefully even better.”

Boya was announced as FA’s third driver on the day that official pre-season testing got underway at Imola.

“It’s excellent news that Mari has joined our Formula Regional team,” said Paul Anthony of FA Racing. “In his first year in single-seaters, he’s shown that he is an exceptional talent, and I’m certain that he won’t be fazed by turning up another notch.

“In Andrea, Alexandre and Mari, we have a superb mix of experience and raw speed that will undoubtedly translate into all three shining as front-runners in the category.”

Kas Haverkort, who beat Boya to the Spanish F4 title, is also taking part in the Imola test with MP Motorsport, which announced Franco Colapinto and Oliver Goethe as its first signed drivers on Tuesday.

Haverkort has been expected to move up to FREC with MP after entering two Formula Renault Eurocup rounds with the team alongside his dominant F4 season.