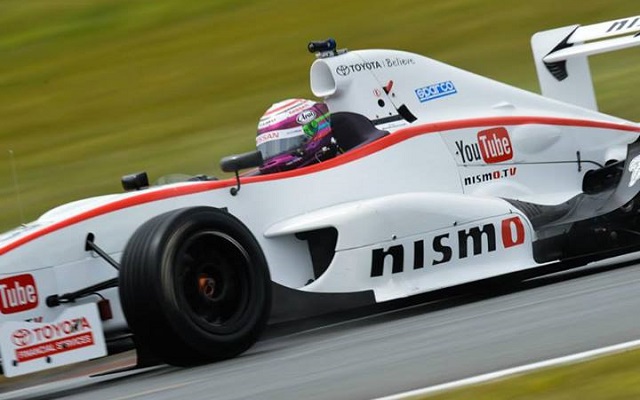 The Brit managed to quickly get a grip on the difficult track conditions and led the entirety of the race. His biggest challenge came from Singaporean Andrew Tang and, as the two pulled way clear of the rest of the field, the Neale driver could not find a way past Mardenborough and had to settle for second at the checkered flag.

While there was no shortage of events in the actual race, the biggest turning point came before the start when Martin Rump, who was promoted to pole earlier, couldn’t make the grid due to damage in the second race.

The Estonian wasn’t the only frontrunner to take no points away from race three as Steijn Schothorst completed a luckless non-scoring weekend with another early retirement.

A brief yellow flag period followed the Dutchman’s retirement and, with the leading duo pulling away as the race went to green, Victory’s Damon Leitch settled into third and drove a comfortable race to round out the podium.

Race two winner Egor Orudzhev drove an outstanding race from the bottom of the grid and was up to fourth before hitting trouble and retiring on the penultimate lap.

As such, Gustavo Lima picked up the spot, ahead of a charging James Munro, who overtook multiple cars over the course of the race. Matteo Ferrer took sixth with Michael Scott in seventh, while Neil Alberico overtook Brendon Leitch for eighth during a recovery drive after an early misfire. Finally, tenth-placed Alif Hamdan picked up his first top-ten finish of the season.

Despite not starting the third race, Rump maintains the lead in the championship, although he’s only two points clear of Mardenborough. Tang, Damon Leitch and Orudzhev are 18, 20 and 36 points off respectively.