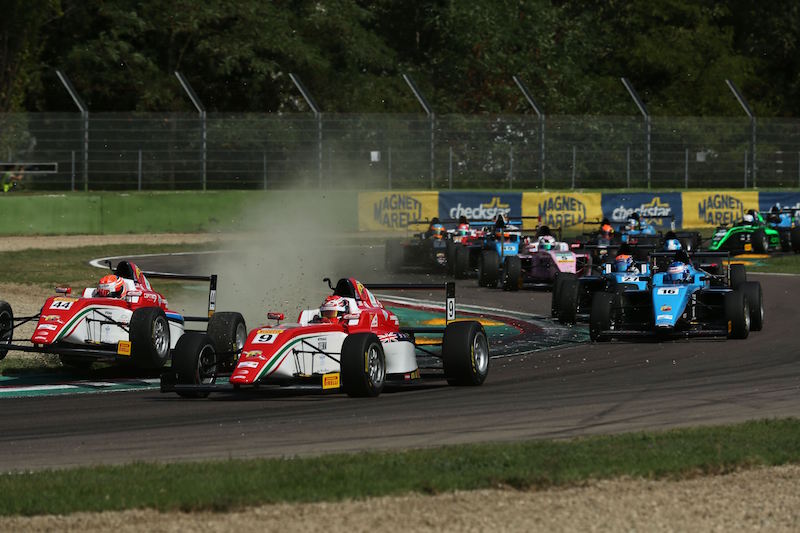 Marcus Armstrong managed multiple safety car restarts to take his third win of the season in the opening Italian Formula 4 race at Imola.

Prema team-mate Juri Vips challenged Armstrong at Tamburello on the opening lap, but ran over the kerb and dropped down the order. Another mistake sent Vips through the gravel and he returned to the pits to retire from the race.

Despite two safety cars bunching up the field on the way to the chequered flag, Armstrong remained unchallenged for the remainder of the race, though Job van Uitert was never too far behind.

Federico Malvestiti was running comfortably in third before the first safety car, which was brought out when Olli Caldwell ran through the gravel into the barrier. He couldn?t keep Lirim Zendelli behind him on the restart as a group of five cars fought for third.

The race was neutralised again when Malvestiti collided with Enzo Fittipaldi and both cars were stranded in the gravel.

Zendelli was running third when the race restarted with eight minutes on the clock and resisted challenges from Lorenzo Colombo to take his second podium of the season.

Kush Maini beat Colombo to fourth in a photo finish, ahead of Ian Rodriguez and Sebastian Fernandez.