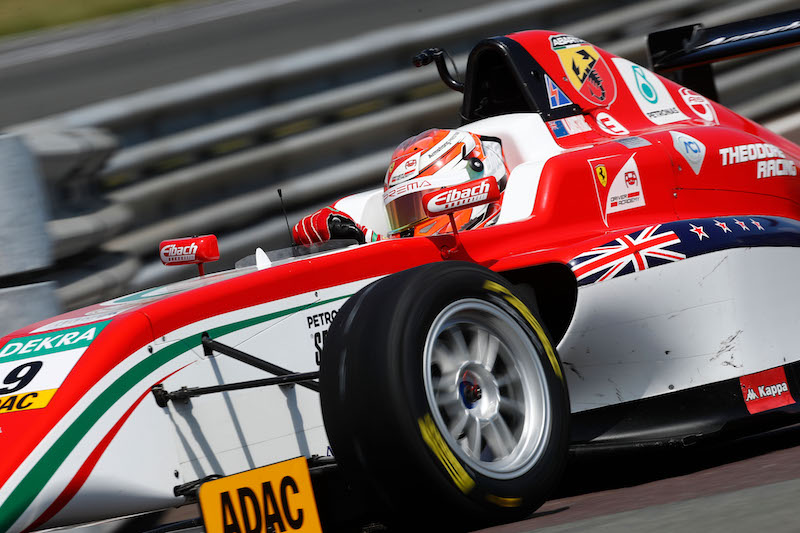 Marcus Armstrong bounced back from an otherwise difficult weekend at the Nurburgring to take his third ADAC Formula 4 win of the season in the reversed-grid race.

Starting from pole, Armstrong was unchallenged throughout the race, though Julian Hanses stayed close behind, waiting to take advantage of any error.

There was no mistake from Armstrong, though, who finished just over a second ahead of Hanses.

Enzo Fittipaldi took third in his first ADAC F4 weekend. He held off multiple attacks from championship leader Juri Vips, who had climbed up from sixth on the grid.

Vips fell away in the later stages of the race, having to put up his own defence from Kim-Luis Schramm.

Vips and Schramm were aided in their climbs up through the field by a number of incidents on the opening lap.

Frederik Vesti, who had started fourth, was forced to pit with a broken wing after being hit when the field bunched up at the first corner. Andreas Estner was also caught up in an opening lap incident, dropping out of the top 10 in the opening three laps.

Louis Gachot had tried to challenge Vips early, but was pushed down to sixth by Schramm. Lirim Zendeli and Juan Manuel Correa joined him in a three way fight for the position, and he dropped down to eighth by the end of the race. Zendeli finished sixth, more than two seconds ahead of Correa.

On the final lap, Laurin Heinrich and Doureid Ghattas came together. Heinrich was sent into the gravel with the rear right of his car damaged, and Ghattas was handed a drive through penalty for causing the collision.