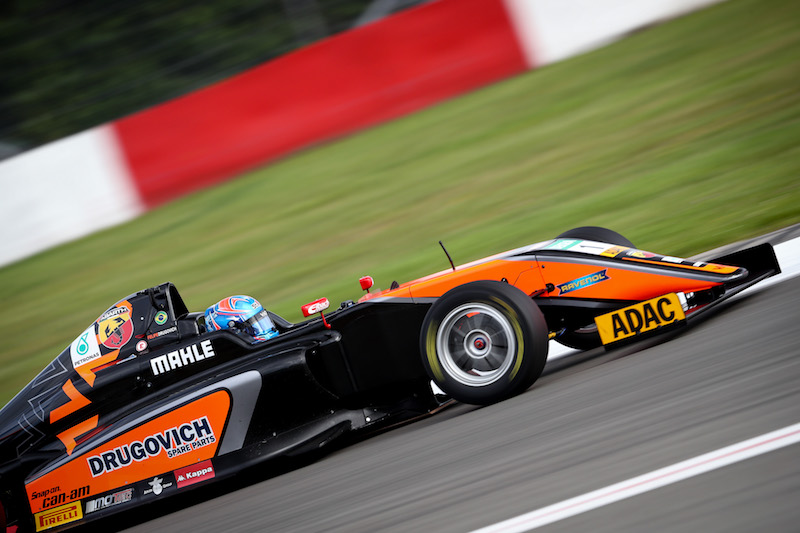 Felipe Drugovich claimed a dominant victory in a shortened second ADAC Formula 4 race at the Nurburgring.

The race was brought to a halt halfway through the scheduled 30 minutes when Cedric Piro ran at speed through the gravel and into the tyre barrier at turn one. There was little damage to his car, but the barriers needed to be repaired.

Starting from pole, Drugovich was forced to defend from race one winner Lirim Zendeli heading into the first corner. Zendeli ran wide at turn one and Drugovich was able to pull away from the battle for second.

He was more than six seconds ahead of the chasing pack when the safety car was brought out after Piro?s accident.

Zendeli was joined by Andreas Estner and championship leader Juri Vips in a fight for second. Vips passed Estner after running side by side with the Neuhauser Racing driver for a number of corners, but couldn?t find a way past Zendeli.

Julian Hanses closed in on the battle, bringing the rest of the top 10 with him, just before the race was neutralised. He was still fifth when the race was red flagged, ahead of Kim-Luis Schramm, who started eighth on the grid.