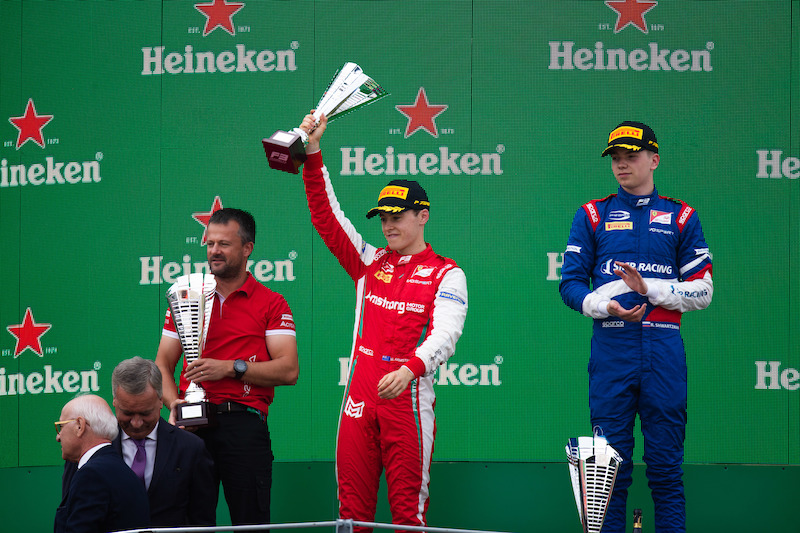 Marcus Armstrong has been stripped of his second place in the opening FIA Formula 3 race at Monza, all but ending his championship chances.

Armstrong led a portion of the race before finishing second to series leader Robert Shwartzman, with Jehan Daruvala completing a Prema 1-2-3.

But Armstrong was later given a 20-second penalty for exceeding the minimum delta time during the race’s first safety car period.

He drops to 21st place in the results, and is now 60 points adrift of Shwartzman with just 65 remaining from the final three races. He will also have to start Sunday’s race two from 21st on the grid.

With Daruvala inheriting second place, Shwartzman’s lead over his team-mate is now 32 points.

Felipe Drugovich was found guilty of the same offence as Armstrong, albeit under the second safety car period. A five-second penalty drops him from 11th to 16th.