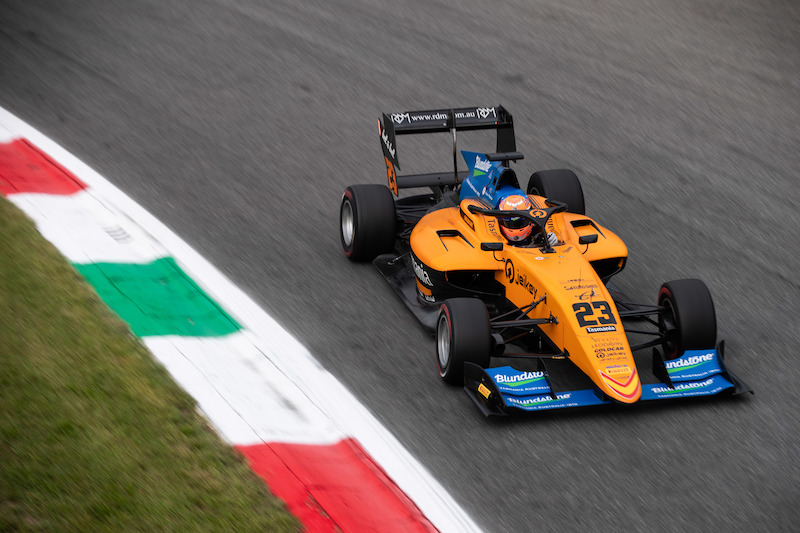 Alex Peroni suffered a fractured vertebra when his FIA Formula 3 car was launched into a frightening accident in race one at Monza.

The Campos Racing driver was taken to hospital in Monza following the crash, which happened when he hit a kerb on the exit of the Parabolica while running sixth in the closing stages of the race.

Peroni’s car summersaulted through the air and landed on top of the tyre barrier.

He was able to walk away to the medical car but suffered concussion as well as the fractured vertebra, according to his management.

A statement from the governing body said that “the FIA Medical Delegate report confirms that the driver is unfit to take any further part in the event. This is a precautionary measure following an incident of this nature.”

With the race ending under safety car, the kerb that Peroni was removed immediately prior to the subsequent Formula 1 practice session.