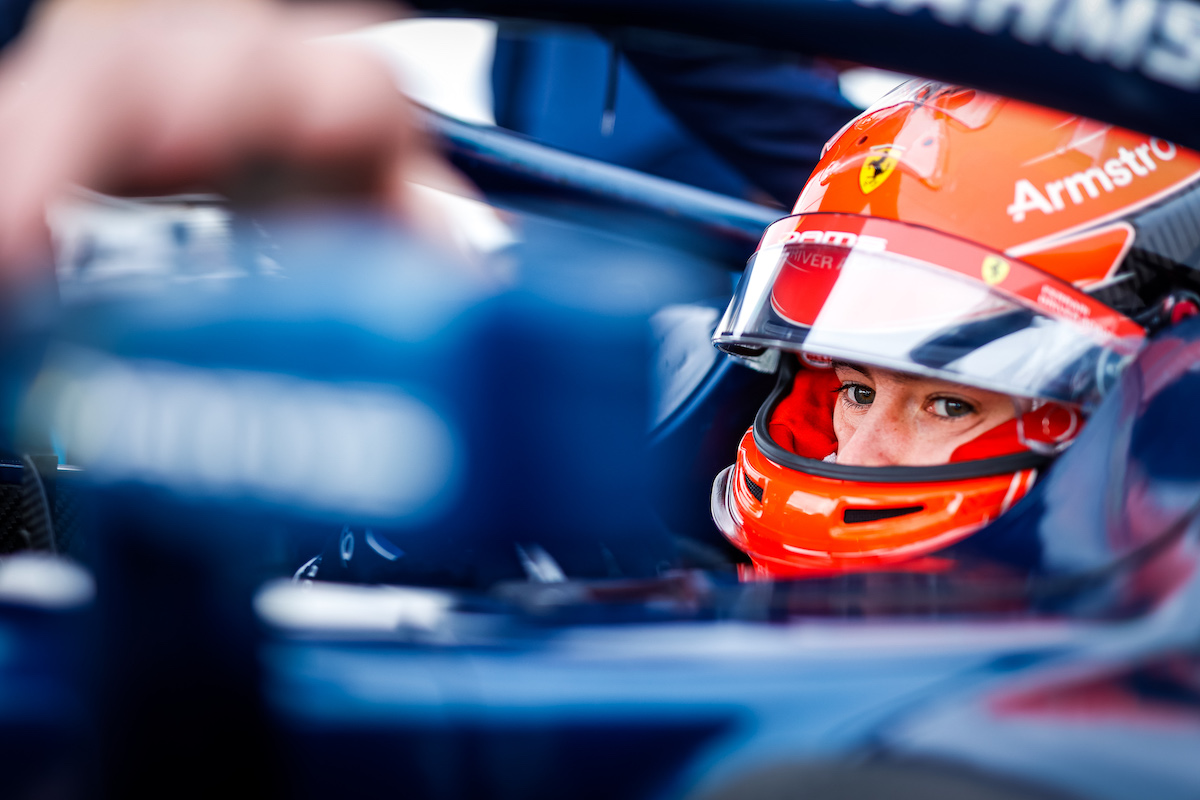 Formula 2 race winner Marcus Armstrong will not be part of the Ferrari Driver Academy in 2022.

Ferrari confirmed Armstrong’s departure as it named its young driver programme line-up on Tuesday, saying the New Zealander’s time in its academy “had come to an end”.

Armstrong had been on Ferrari’s books since the early days of his single-seater career but leaves after experiencing two difficult seasons in F2, finishing 13th in the standings in both 2020 with ART Grand Prix and 2021 with DAMS.

He was signed to the FDA at the end of 2016 following an evaluation at Fiorano through Tony Kart, and went on to win the Italian Formula 4 title in his first full season of single-seater racing as well as taking second in the ADAC F4 standings.

Armstrong then came fourth in the FIA Formula 3 European Championship in 2018 and second in the newly-created FIA F3 championship in 2019 behind Prema team-mate and fellow Ferrari junior Robert Shwartzman.

After scoring his first F2 win in the first sprint race in Jeddah last month, Armstrong went on to take part in all three days of the post-season test in Abu Dhabi with Hitech GP. He was mentored by Hitech team principal Oliver Oakes earlier in his career before signing with Nicolas Todt’s All Road Management.

Callum Ilott on the other hand is not one of the nine drivers, Ferrari describing his move to IndyCar with Juncos Racing as a “gap year” from the programme because it “falls outside the workable scope of the FDA as it would not be able to offer adequate support”.

With no drivers in F2, the FDA’s two most senior drivers racing in the junior ranks will therefore be Prema FIA F3 duo Arthur Leclerc and Ollie Bearman. Leclerc’s second year in the series was confirmed earlier on Tuesday, while Bearman was signed in November after winning the Italian and ADAC F4 titles.

Dino Beganovic will take on a second year in the Formula Regional European Championship, as well as competing in the upcoming FRegional Asian Championship where he will be joined by both Leclerc and Bearman in the Mumbai Falcons line-up.

Maya Weug will race in F4 for a second season and be joined there by category rookies James Wharton – already part of the FDA for a year – and new signing Rafael Camara.

Ferrari says that Laura Camps Torras – who last year succeeded Weug as winner of the FIA Girls on Track Rising Stars programme – will continue racing karts “while also trying her hand in an F4 car”, implying a testing programme similar to that undertaken by Wharton during 2021.