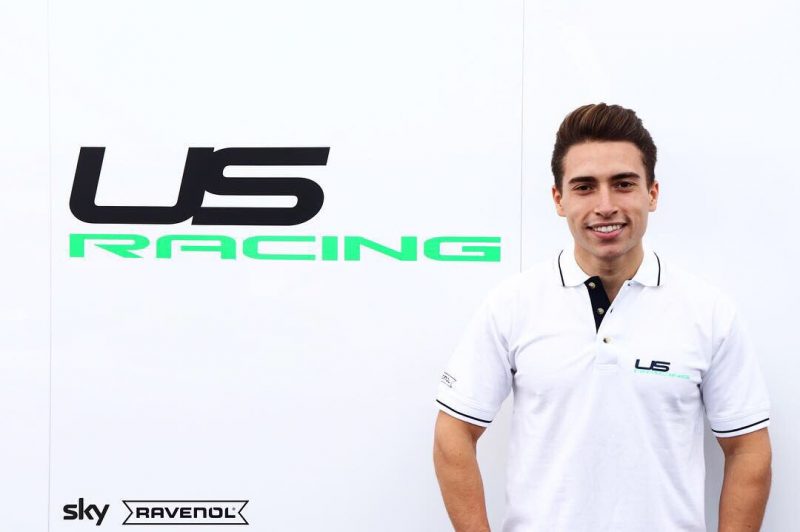 Euroformula Open race-winner and Italian Formula 4 champion Marcos Siebert will join David Schumacher at US Racing for the remainder of the Formula Regional European Championship season.

The 23-year-old Argentinian started his single-seater career in his home country back in 2011 in Formula Metropolitan, then spent seasons in Formula Renault and F4 before winning the 2016 Italian F4 crown.

After that he raced in GP3, then finished third in EF Open last year with one win to his name. His move to FREC brings the championship’s grid up to 14 cars for its second round at Vallelunga.

?I am happy to finally announce that I?m gonna join US Racing in the Formula Regional European Championship,” said Siebert.

“I have already visited the Team around Gerhard [Ungar] and Ralf [Schumacher] in their base in Kerpen and feel really happy to be part of this team. The Formula Regional is a new race car, which makes it very interesting to join this new race series. I am very excited for the car and the upcoming race event in Vallelunga.”

US Racing, which has considerable experience in the ADAC F4 championship, managed one podium in the opening FREC round with its sole driver David Schumacher.

?We followed Marcos’ races last year and I think he is a driver with a big potential and talented racing drivers skills. He also fits in very good in the team, since he has a very outgoing and friendly character,” said team principal Gerhard Ungar.

“We will start the upcoming race event with the collective test on Wednesday.

His fellow team boss Ralf Schumacher added: ?I know Marcos already from last year?s Euroformula Open, where he already showed his speed and potential. I think we have a good driver selection for the upcoming race event in Vallelunga, I am pretty sure we will see good races this weekend.”