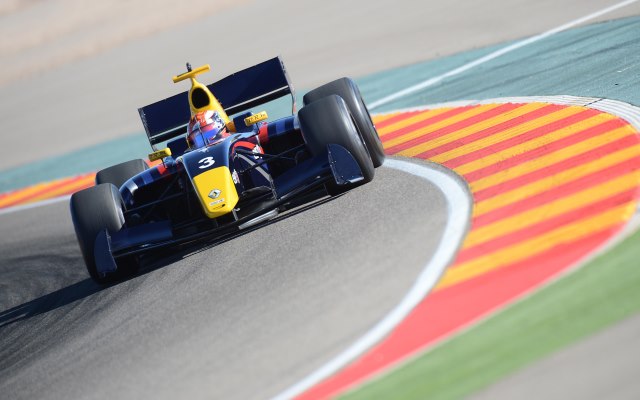 Driving for Arden Caterham after two days at the top of the timesheets with Strakka Racing, the Ferrari ace managed a time of 1m39.815s – a mere one thousandth of a second quicker than Marlon Stockinger‘s benchmark in the morning session.

For the third time in the latter two days, Carlos Sainz was the nearest man to Marciello, finishing 0.075s behind for DAMS.

Sergey Sirotkin finished third fastest, back with his 2013 squad ISR after two days with Fortec. The Russian is likely to continue in Formula Renault 3.5 next year with his Sauber F1 deal having reportedly collapsed.

Will Stevens took fourth for his 2013 team Strakka ahead of Stockinger and Carlin’s Nick Yelloly. Oliver Rowland was seventh for Fortec ahead of Zoel Amberg (Arden Caterham), with Dean Stoneman appearing in the top ten for the first time this week in ninth for Carlin. Pietro Fantin took tenth for Draco.