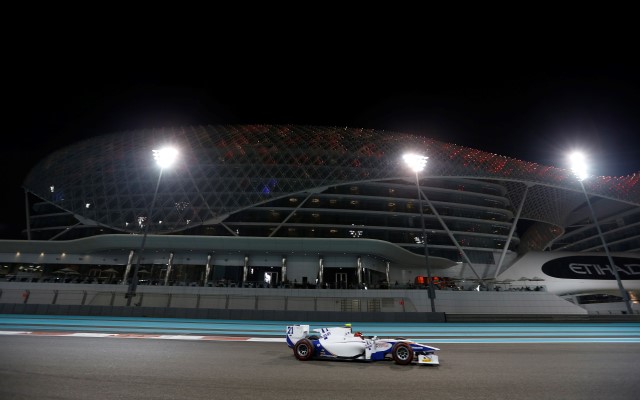 Respective Ferrari and McLaren proteges Raffaele Marciello and Stoffel Vandoorne have both confirmed they will take part in GP2’s post-season test in Abu Dhabi next week.

Marciello, the winner of this year’s FIA F3 European Championship, will drive with his fellow Italians at Trident Racing for the first two days of the test on Tuesday and Wednesday before moving across on Thursday to Racing Engineering, who earlier today wrapped up their second drivers’ title with Fabio Leimer.

Marciello has already tested Formula Renault 3.5 machinery since his F3 success and Ferrari are known to be weighing up moving him into either GP2 or FR3.5 next season.

Vandoorne, the runner-up in FR3.5 this year in his rookie season, has announced he will be present at the test and will reportedly do at least one day with ART, who ran Lewis Hamilton to the 2006 GP2 title when he was on McLaren’s books.

Elsewhere, Andre Negrao has announced he will test for Hilmer, Racing Engineering and Carlin on the three days, paired with Daniel Abt, Nico Muller and Jazeman Jaafar respectively. Fellow FR3.5 driver Nikolay Martsenko will test with ART and Addax (who will return to being known as Campos over the winter).