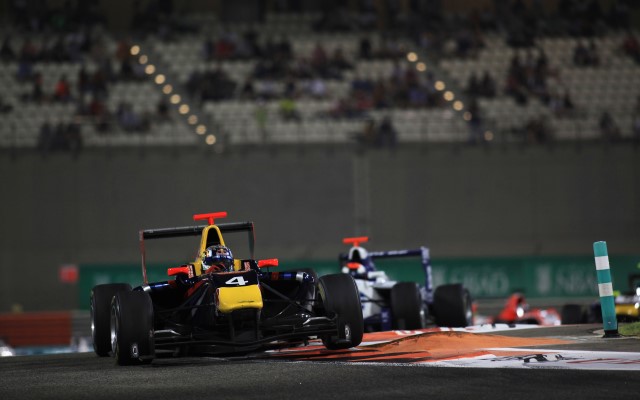 Carlos Sainz has been found at fault for his dramatic collision with Patric Niederhauser in the first GP3 race in Abu Dhabi and excluded from his ninth place finish.

The pair came together on the run to turn 11 when fighting over fifth place. Niederhauser was forced to retire on the spot but Sainz managed to limp home in ninth place.

Stewards found him guilty of not only causing the collision but also of forcing another driver off track.

Dino Zamparelli and Robert Visoiu have been promoted into ninth and tenth as a result of Sainz’s exclusion.