Marciello and Rosenqvist set the pace in practice at Silverstone 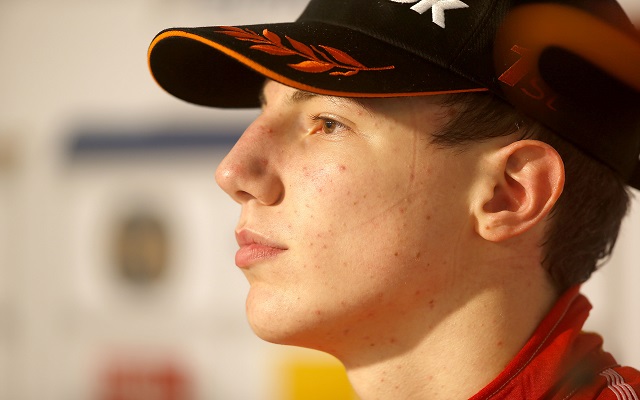 Raffaele Marciello and Felix Rosenqvist continued their run of practice dominance in the second round of the FIA European F3 Championship at Silverstone, topping practice one and two respectively.

The Italian Ferrari Driver Academy youngster was quickest in the first practice sesssion, having set a time early on that remained unbeaten for the entirety of the run. Rosenqvist came rather close to dethroning him in second, ahead of Antonio Giovinazzi, Alex Lynn and Sven Muller.

Red Bull junior Tom Blomqvist was sixth, edging ahead of Eddie Cheever, Jr., while another Italian F3 graduate, Michael Lewis, was eighth on his return to the series. Carlin’s Nicholas Latifi and Harry Tincknell completed the top ten.

Session two was a rather promising one for Mucke, as Rosenqvist took the timesheets, while Lewis had a strong showing in third – with Giovinazzi inbetween them. Tincknell and Marciello followed, ahead of Jordan King and Cheever, while Muller, Pipo Derani and Josh Hill rounded out the top ten.