Maranzana takes one pole away from Cammish at Knockhill 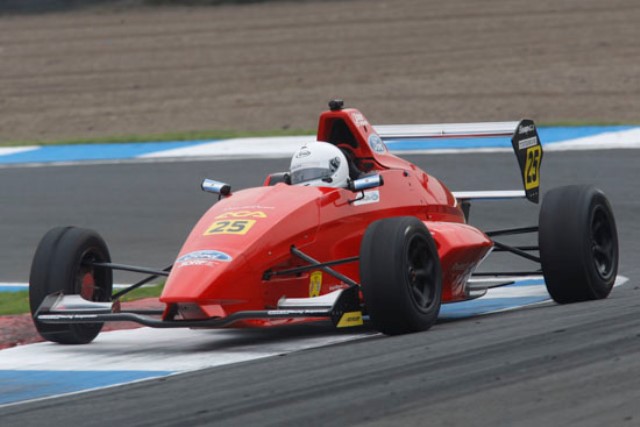 Cammish, unbeaten in 18 races so far this season, set a quickest lap that was 0.035 seconds faster than Maranzana’s best to secure pole for race one.

In the classification of second-best times which sets the grid for race two, Maranzana was three thousandths of a second quicker than Cammish, meaning the JTR driver will start a race off P1 for only the second time this season. On third quickest times, Cammish was 0.031 ahead of Maranzana to take pole for race three.

Harrison Scott, the driver who previously denied Cammish a pole at Croft, will start third for all three races having been around a tenth off the pace.

Jayde Kruger and Sam Brabham will be fourth and fifth for the first two races and the other way around in race three. Juan Angel Rosso will start all three races in sixth, with Andy Richardson ahead of Camren Kaminsky in race one and Kaminsky in front for races two and three. James Abbott rounds out a smaller grid of nine cars that have made the visit to Scotland.