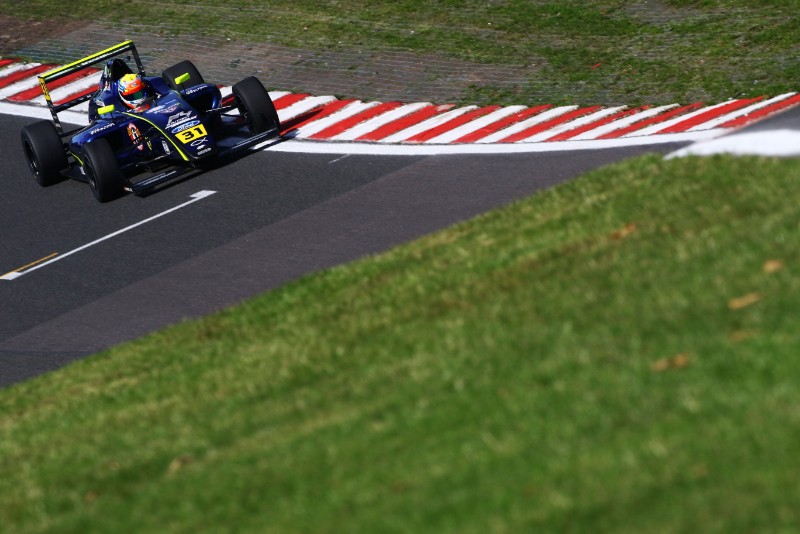 Carlin driver Maloney, who has won the previous four races, went fastest with six minutes of the session remaining before Skelton reclaimed top spot. Maloney quickly responded with a time 1m23.379s to take his third and fourth poles of the season.

JHR Developments? Skelton backed up his strong practice form on Friday as he ended up second, 0.141s behind Maloney.

Maloney?s chief title rival Louis Foster struggled throughout qualifying, almost half a second behind, and will start races one and three in seventh and eighth positions for Double R Racing. His team-mate Sebastian Alvarez, who sits third in the standings, was fifth fastest ahead of JHR’s Carter Willams.

Luke Browning set the eight fastest time of the session for Richardson Racing, ahead of the two Ardens of Alex Connor and Tommy Foster.

Championship debutant Alex Walker will start his first two races in cars from 12th on the grid for JHR.