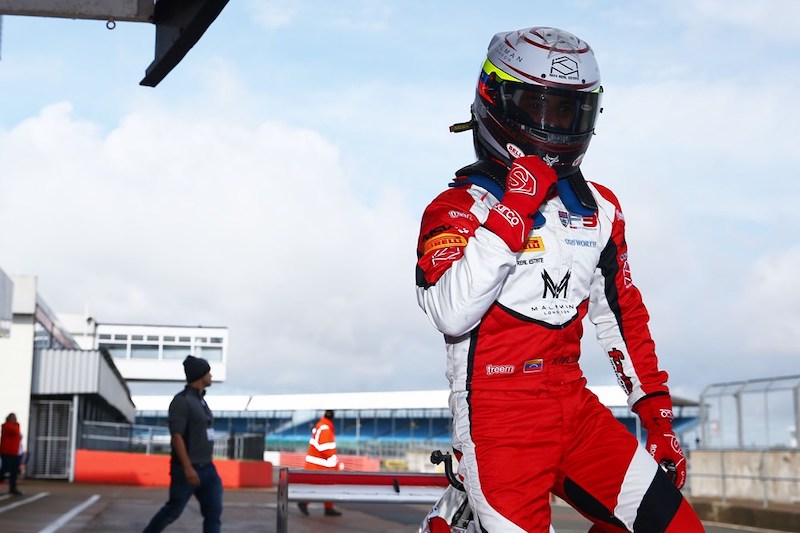 Manuel Maldonado claimed the win in the reversed-grid BRDC British Formula 3 race at a wet Silverstone, as Clement Novalak made the podium to increase his championship lead.

Starting on pole position after he pitted during race one, Fortec driver Maldonado was nearly two seconds clear at the end of lap one and finished four seconds ahead as he took his first win since the opening round of 2018 at Oulton Park.

Novalak finished down in seventh place in race one, allowing rival Johnathan Hoggard to reduce his lead to 31 points, but started ninth for race two quickly made his way up the order, taking third from Kris Wright on lap four.

He couldn’t do anything about Nico Varrone, who finished second for Hillspeed, and instead had to focus on a charging Ayrton Simmons behind on the last lap.

Chris Dittmann Racing driver Simmons actually dropped from 12th to 15th on lap one but then surged through the pack, and took fourth from Wright with two laps to go, before closing the gap to Novalak from over four seconds to just three tenths.

Novalak’s third place and six positions gained increases his lead over Hoggard back up to 50 points, after his rival finished a distant 14th following an early clash with Neil Verhagen.

Wright achieved his best result to-date in fifth ahead of Ulysse de Pauw and Pavan Ravishankar, while Kiern Jewiss and Sasakorn Chaimongkol resumed their race one rivalry in eighth and ninth.