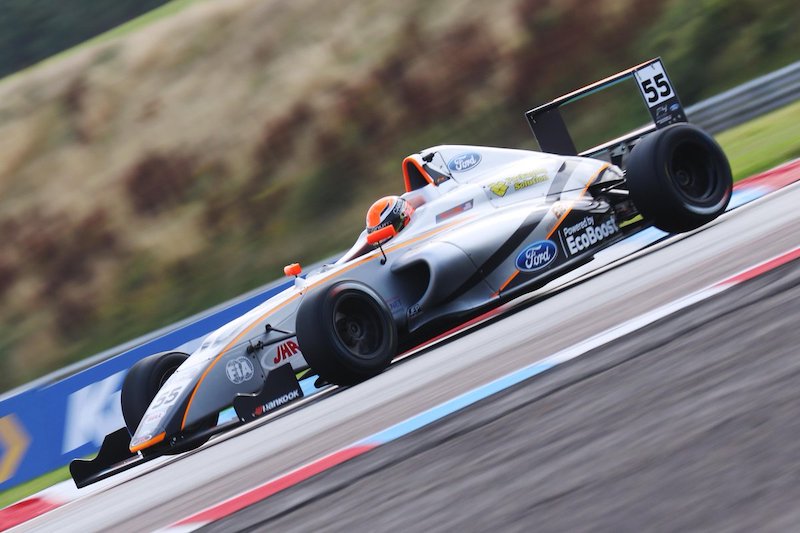 Carter Williams led a JHR Developments 1-2 in the final British Formula 4 race at Thruxton, taking his second win of the weekend.

The Formula Ford graduate passed pole sitter Luke Browning to move into the lead off the line, with team-mate Josh Skelton following close behind.

The pair ran nose to tail throughout the race, but Skelton held off from attacking until the closing stages, allowing the pair to build a gap to the rest of the field.

Second year driver Skelton kept the pressure on his team-mate and began to try to find a way past in the final laps, but Williams didn?t put a wheel wrong and was able to hold on, with Skelton following just three tenths of a second behind.

After falling back to third, Browning spent most of the race leading a five car train for the final podium position, with championship contender Louis Foster on his tail.

Browning put up a good defence, but Foster was able to find a way past. The Richardson Racing driver tried to fight back, but came under attack from Bart Horsten behind. The pair made contact and Browning spun, dropping back to ninth.

Horsten kept the pressure on Foster, but the Double R Racing driver held on to take his first podium finish since Croft.

Title rivals Sebastian Alvarez finished fifth and sixth, ahead of Tommy Foster and Alex Connor.?Browning and Roberto Faria rounded out the top 10.