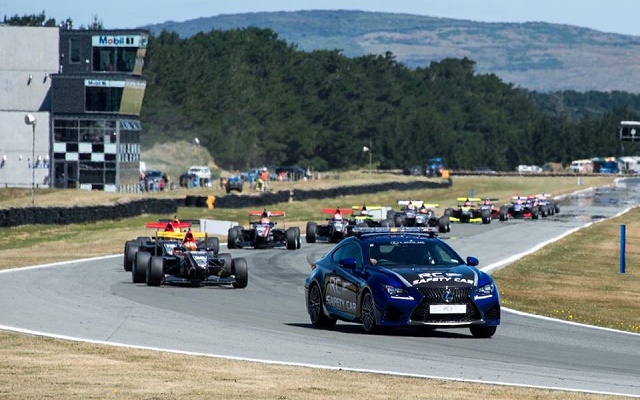 Ferrari junior Lance Stroll was named the winner of Toyota Racing Series’ round two opener at Teretonga after Arjun Maini and Brandon Maisano picked up penalties.

Stroll initially crossed the finish line in third place after a late pass on James Munro and had his championship advantage slashed to just ten points over race winner Maini.

However, the stewards decided that both Maini and runner-up Maisano violated restart procedures, which left the duo on the receiving end of ten-second penalties.

The decision saw Maini ending up in ninth place in the classification, with Maisano taking 12th. As such, Maini is now 64 points adrift of Stroll in the standings, although he still comfortably retains the runner-up spot.

The penalties saw Munro promoted to his first podium of 2015 and would’ve seen Charlie Eastwood in third, but the BRDC F4 graduate was himself penalized for a false start. The same fate befell ETEC’s Callum Ilott.

The final podium spot ended up going to Victory’s Stefan Riener. And, with the top six reversed for the second race, M2’s Jamie Conroy will now head the field off the line.