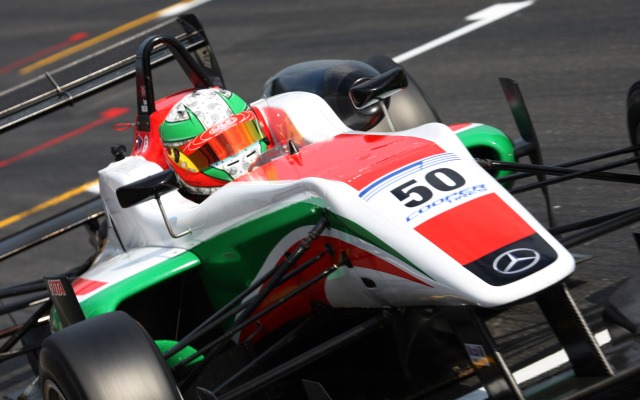 Sam MacLeod took his fourth win from six starts in British F3 with victory in race three at Snetterton, recovering after a poor start.

The Fortec driver started from pole position but fell to fifth in the six-car field with his bad getaway. He quickly dispatched the two Double R cars of Andy Chang and Camren Kaminsky, moving him up into third behind his team-mates Matt Rao and Martin Cao.

MacLeod was able to inherit the lead when Rao and Cao came together on lap eight. The incident brought the safety car out, after which MacLeod opened up a 6.6 second margin.

Cao was forced to retire for the second race in a row, putting another dent in his points lead. Rao fell to the back but recovered to third, behind Chang. Kaminsky finished fourth with Peter Li fifth.

Palmer wins again as HHC lock out the podium