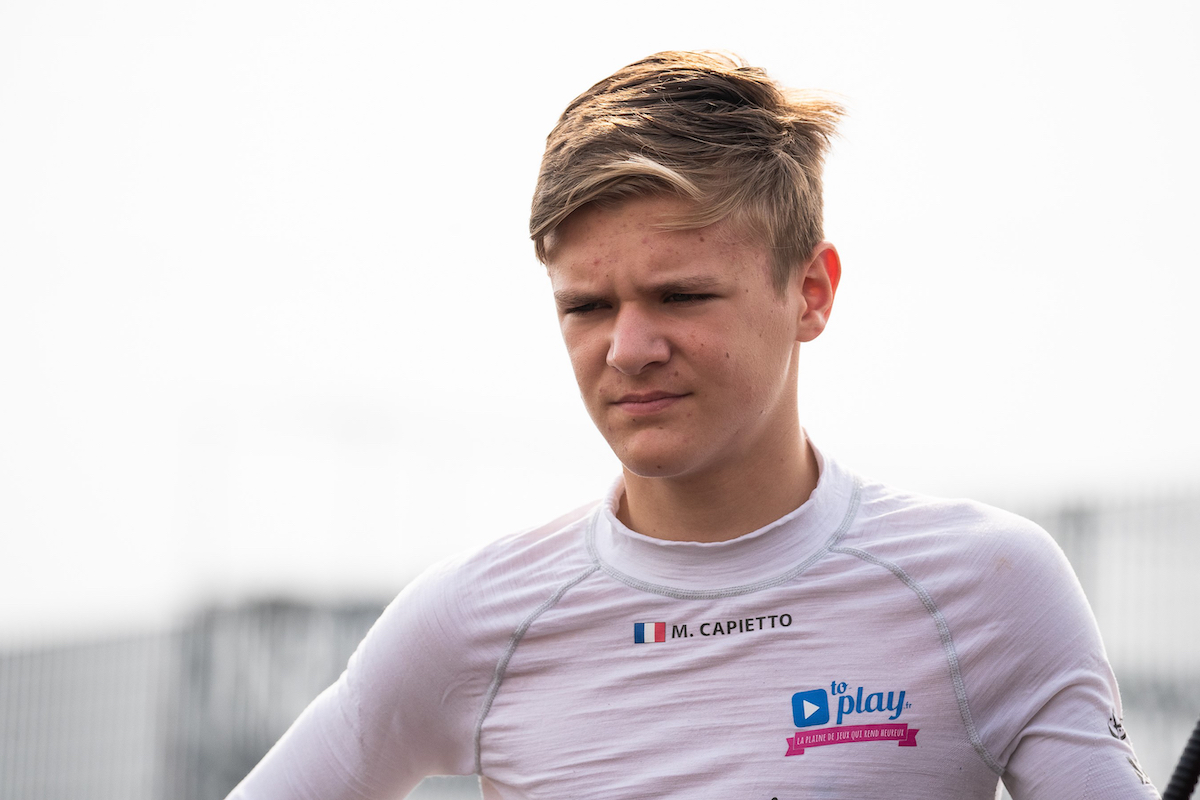 French Formula 4 runner-up Maceo Capietto has clinched a move up to the Formula Regional European Championship by Alpine for his second season in car racing.

Capietto, whose father Guillaume is technical director at Formula 2 and Formula 3 benchmark Prema, has been searching for the budget to make the step after testing FRegional machinery with teams at the end of last year.

As a single-seater rookie, Capietto won four races and battled Esteban Masson for the French F4 title down to the final lap of the last race of 2021, when he made contact with his rival. Capietto was later excluded from the meeting, ensuring Masson was champion.

Masson has also been confirmed on the FREC grid in the past week after landing a seat with the FA Racing team.

“I am happy to welcome Maceo to our team for the 2022 season,” said Rudi Mariotto, team principal of Monolite Racing.

“Last year he showed outstanding talent, competing in a really high-level championship. I’m sure he has the credentials needed to be competitive in the Formula Regional European Championship by Alpine and I cannot wait to see him on track.”

Capietto completes a three-car line-up at Monolite, which expands after fielding two cars in 2021: one for Pietro Delli Guanti, who finished 18th in the standings, and another shared between Jasin Ferati, Dexter Patterson and Jose Garfias.

Pietro Armanni and Cenyu Han both join the team this year from Italian F4, where Capietto also made a pair of appearances with Prema.