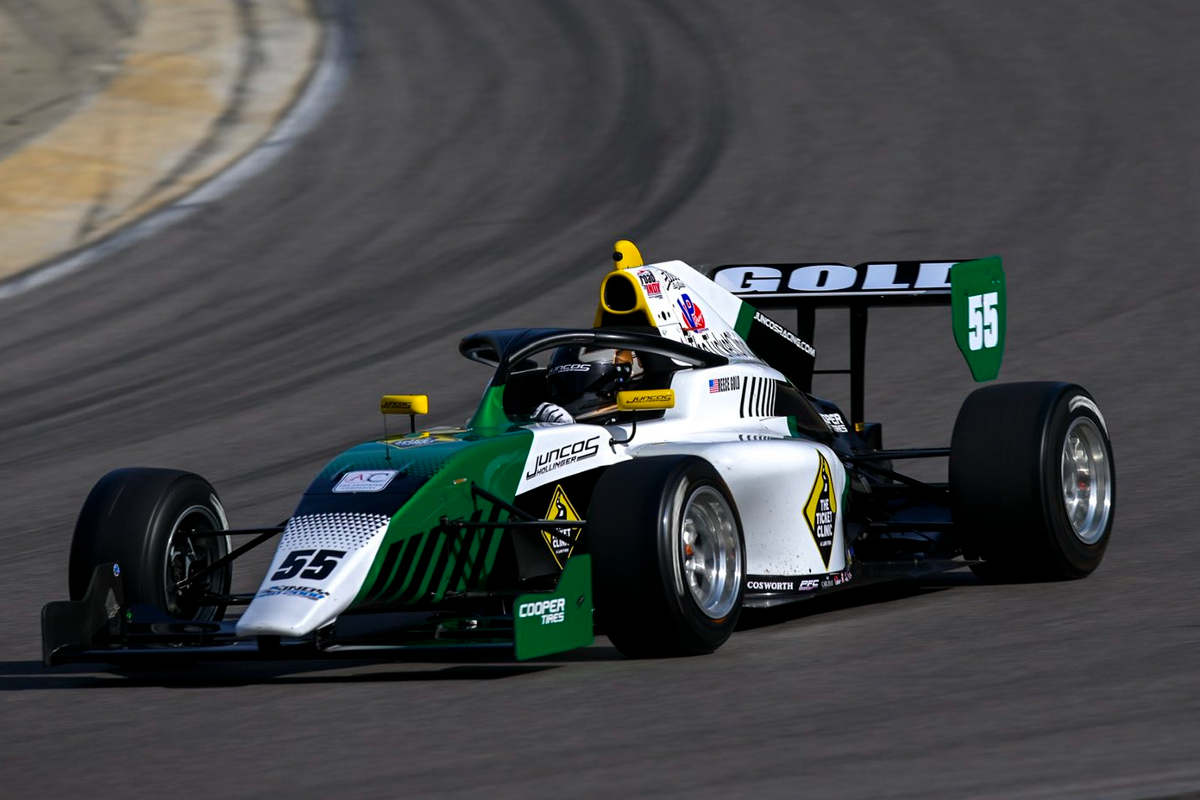 Indy Pro 2000 had five sessions at the circuit over the two days, and 16 cars turned up. Juncos Hollinger Racing’s Enaam Ahmed kicked off the action by pipping team-mate Reece Gold to top spot by 0.017 seconds, with Jay Howard Driver Developments’ Braden Eves also within a tenth of the pace while Jonathan Browne and Charles Finelli set no laps.

Pabst Racing’s Colin Kaminsky was the pacesetter on Monday afternoon, heading Eves by 0.113s, Gold by 0.149s and JHDD’s Wyatt Brichacek by 0.179s. FatBoy Racing’s Finelli, last seen in IP2000 in 2020, again failed to get out on track and Ahmed was only able to set an installation lap.

The pace was quicker at the start of Tuesday, although not for Ahmed and Eves, and Gold went fastest with a 1m17.539s lap. Brichacek was next best, 0.245s slower. Gold topped the times again in session two of the day, setting a 1m17.859s to go 0.186s faster than Eves, while in the final session only seven drivers went out and it was Exclusive Autosport’s Louis Foster who was fastest with a 1m18.448s. He headed Ahmed by 0.060s and Gold by 0.136s. All of the JHDD, Pabst and Turn 3 Motorsport drivers stayed in the pits throughout.

USF2000 ran four sessions in one day, and Legacy Autosport’s Simon Sikes was first to the top with a 0.154s margin to Cape Motorsports’ Jagger Jones in a session which four drivers skipped.

One of the absentees was Exclusive’s Billy Frazer, who was then fastest in session two. He set a 1m22.316s, with DEForce Racing’s Thomas Nepveu 0.052s behind in second place.