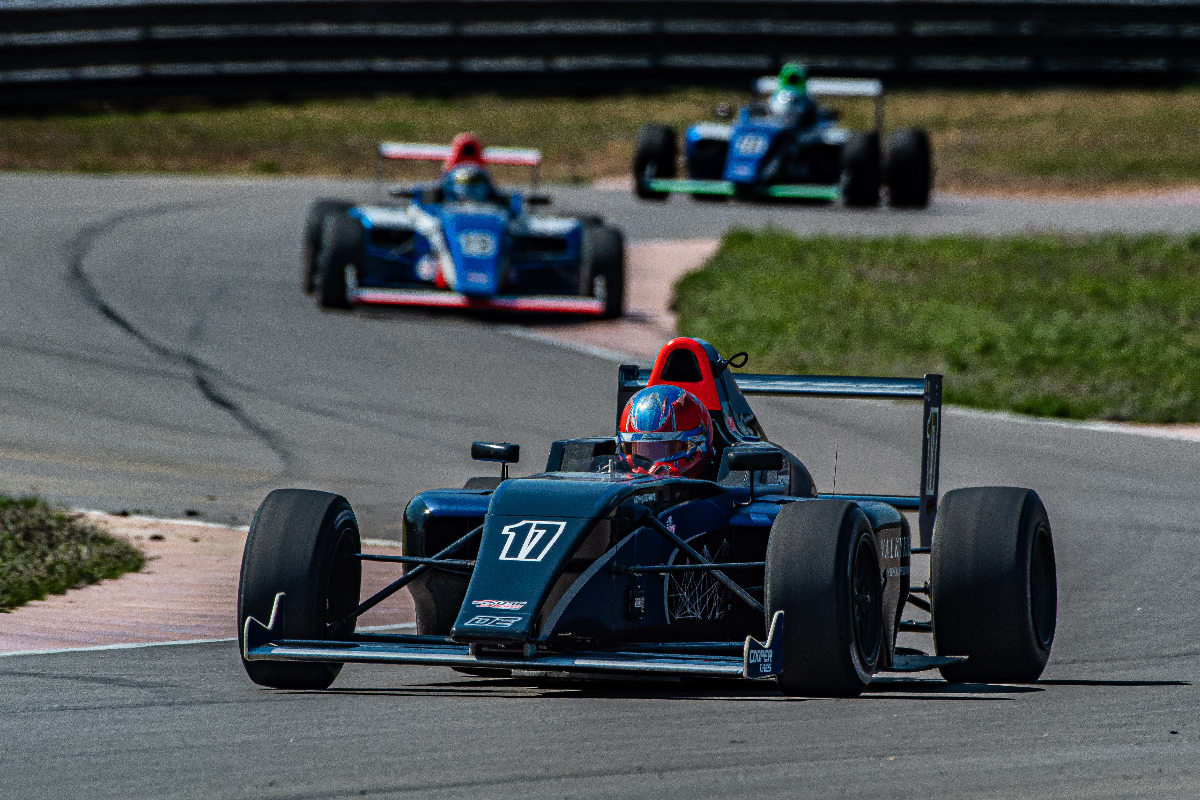 The first-generation Formula 4 series is using the same Onroak cars as the United States’ national championship this year, and holding 16 races over six events.

Clark took pole for the inaugural race by over a second, with second to eighth covered by just over a further second, while at the back IGY6 Motorsports duo Jacob Bolen and Bianca Bustamante were 8s and 11s off the pace respectively.

In the race itself, 2021 US F4 runner-up Clark pulled away by 14s before the safety car appeared on the penultimate lap after Bolen hit trouble.

The neutralisation meant Clark won by 0.635s over YACademy Winter Series champion Nikita Johnson, who had qualified sixth. Johnson passed two on lap one, got by Andre Castro for third on lap four, and then hounded Velocity Racing Development team-mate and front row man Sam Corry until lap nine when the latter put a wheel in the dirt and gave the opportunity for Johnson to go around the outside a few corners later for second.

Castro finished fourth, leading a train of cars that had actually closed in on Corry before the safety car.

Formula Regional Americas race-winner Clark got to celebrate solo in race two, as he won by 8.599s.

He made a strong start but couldn’t make an early break as Jake Bonilla, Alan Isambard and Jeremy Fairbairn had an incident that ended in the barriers and led to red flags.

The race restarted behind the pace car, and there was pressure from Johnson on Clark for a few corners. After that, Clark was in control and it was reigning Road to Indy eSeries champion Alessandro de Tullio who finished second in his second car race as Johnson spun.

De Tullio was sixth for the restart, but made early progress and benefitted from Johnson’s spin. After lenghy hassling of team-mate Corry, he passed him for second on the last lap. Castro finished just behind in fourth.

Only 10 cars sat on the lead lap after the restart, and Bustamante finished 10th.