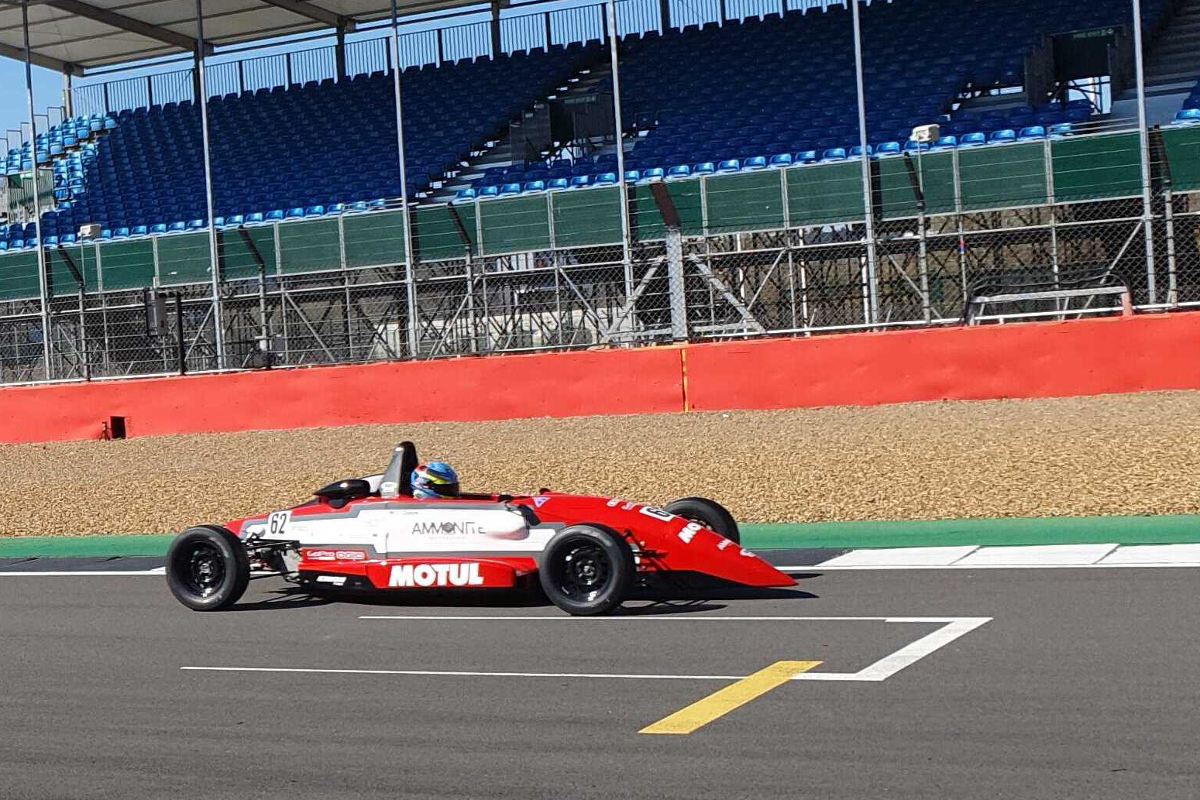 Earlier this month the American claimed his first category victory by winning Knockhill’s David Leslie Trophy in the BRSCC National FF1600 championship, and his team joined the new United FFord series for its second round.

Race one awarded the Jim Walsh Trophy, presented by the three-time BRDC FF1600 champion himself, and Queen and Romanek passed Lafond on lap one as he drove over some oil on track.

Romanek got the lead on lap two, but Queen got back ahead on lap three. Lafond made it into second on lap six and was all over his team-mate but couldn’t get by, and Romanek got back through on lap 10 to then attack Queen.

He finally made a move stick again on lap 13, ending the lap 0.018s ahead, but Queen stayed glued to him. On the last lap he went for the outside line entering Brooklands and got alongside, then having the inside for Luddifeld. Queen had the speed to beat Romanek in the drag race to the finish, and Lafond was just 0.558s behind in third and with fastest lap.

Rivett fought closely with Chris Acton in in the first third of race one before breaking away, and James Colborn came sixth after battling past TM Racing’s Vincent Jay.

Those results set race two’s grid, and it was another three-way victory fight.

Queen just about led through lap one, but Romanek passed on lap two and Lafond demoted him to third on lap five. He got back up to second a lap later, then hassled Romanek until finding a way past on lap nine.

They traded the lead several times through the next three laps, with Lafond keeping his nose in. Romanek stayed ahead, just, for four tours before Lafond cleared both in one lap.

The trio were now passing backmarkers as well as each other, and Queen edged into second going into the final lap.

In what he called “another exciting finish”, Queen snatched the lead and pipped Romanek by 0.051s, with Lafond in third.

Rivett ran fourth until an issue forced him out, handing Queen the points lead.