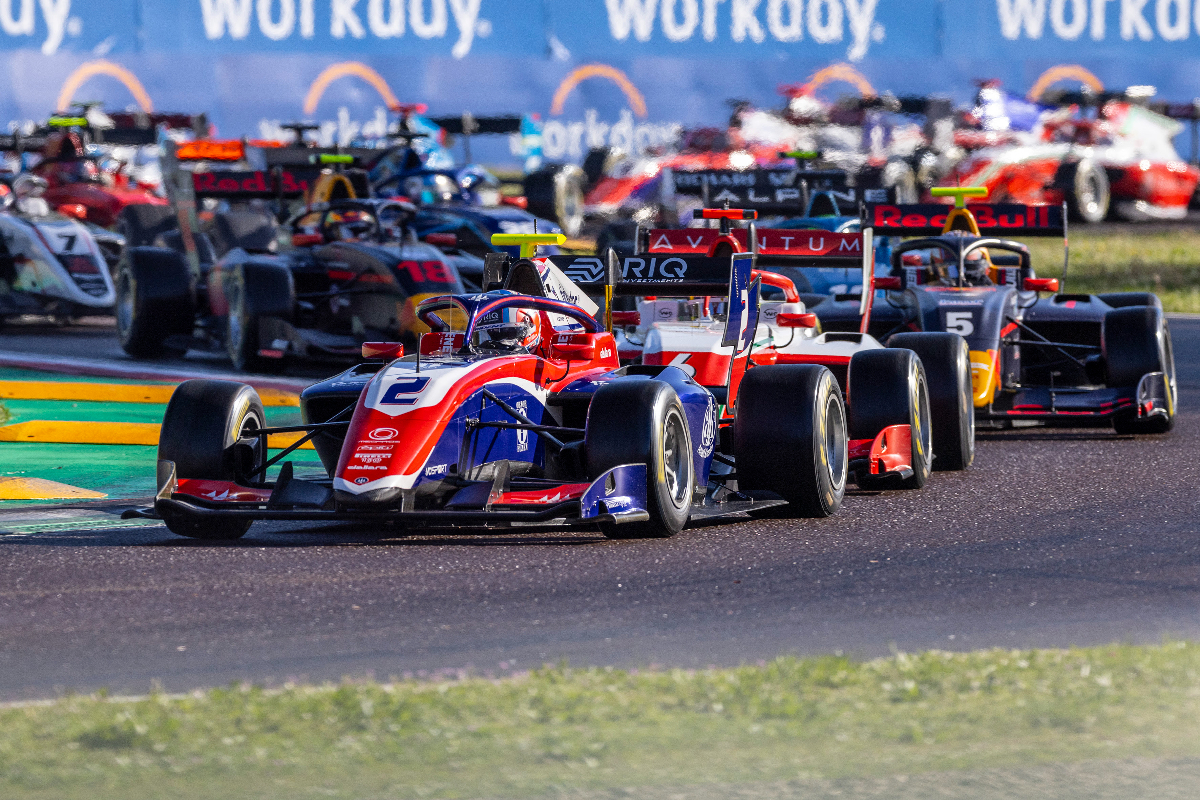 Trident has been fined for a technical violation on Roman Stanek’s winning car in the FIA Formula 3 feature race at Imola, but has escaped with no sporting penalty.

Stanek claimed his maiden FIA F3 win on Sunday, but was soon under investigation for using a plank that was not allocated to his car.

However, in a similar vein to when Prema’s Dennis Hauger was caught using the wrong plank for a F3 win in 2021, the competitor was fined €7,500 but the result stands. Stanek also has his allocation of rear parts of the plank reduced by two.

It also highlighted that it was an administrative error rather than deliberate. With Stanek’s victory standing, he now sits third in the F3 standings and three points off the championship lead.

Meanwhile Prema’s Ollie Bearman has been penalised 20 seconds post-race in lieu of a drive-through penalty for colliding with ART Grand Prix’s Gregoire Saucy on the last lap, and it has dropped him all the from fourth down to 17th in the results.

In addition, Jenzer Motorsport’s Ido Cohen lost his first point of the season after exceeding track limits, promoting ART GP’s Victor Martins into the top 10, while Charouz Racing System’s Laszlo Toth was judged to have driven too quickly driving too quickly during the first safety car period and had a 30s penalty in lieu of a 10s stop-go dished out to him.

In Formula 2, both Hitech GP drivers got into trouble. Marcus Armstrong was hit with a 5s penalty for spinning rear wheels during his pitstop and injuring one of his mechanics, and poleman Juri Vips was fined for speeding en route to the grid.

Campos Racing’s Olli Caldwell will serve a three-place grid penalty next round for dangerous driving in the pits on his way to the grid, as he approached DAMS mechanics at work in the fast lane,

Amaury Cordeel picked up five separate penalties in the race, and the stewards spoke to the Van Amersfoort Racing driver post-race about his driving but no further action was taken.

The document, however, noted that “repeated offences may bring into question his ability to control the car” and “further, the location of the start of the pitlane speed limitations is a critical point and careful note should be taken by the driver such that the board is only an aid”.

Cordeel’s offences bring his penalty point total up to nine for the season, just three shy of an event ban.