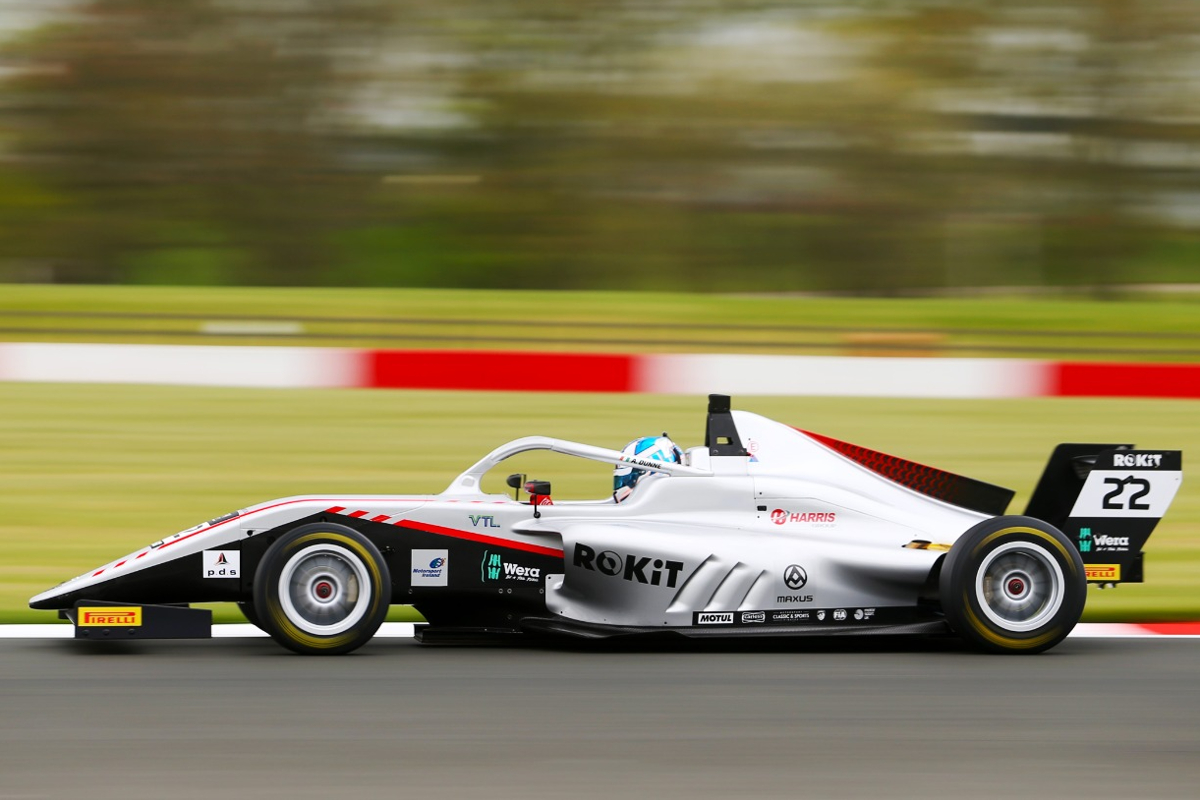 Alex Dunne picked up another dominant victory in the final British Formula 4 race of the weekend at Donington Park.

The Hitech GP driver started on pole and was untroubled throughout the race, setting multiple fastest laps on his way to the chequered flag.

Argenti Motorsport’s Aiden Neate had a similarly simple race in second place, as the gap between the two rose to more than six seconds.

Dunne’s victory solidifies his position at the top of the championship standings, although his participation in the season-opening round is currently set to be a one-off.

The main battle for much of the race was between Eduardo Coseteng and Ugochukwu, who dropped back to sixth on the opening lap behind the fast-starting Joseph Loake.

It didn’t take long for him to reclaim the position and close onto the back of Coseteng. He was never more than a few tenths of a second behind the Hitech driver, but could never quite find a way past. They were still nose-to-tail as they finished, Ugochukwu just 0.4s behind.

Coming into the race as Dunne’s nearest title rival, Loake struggled throughout the 20-minute encounter. After falling behind Ugochukwu he came under attack from Georgi Dimitrov, with Edward Pearson and Michael Shin chasing too. Dimitrov and Loake swapped positions a number of times before Loake was shuffled to the back of the train in ninth place.

Pearson kept the pressure on Dimitrov, but the JHR Developments driver didn’t put a wheel wrong and finised sixth, ahead of the two Virtuosi Racing cars.