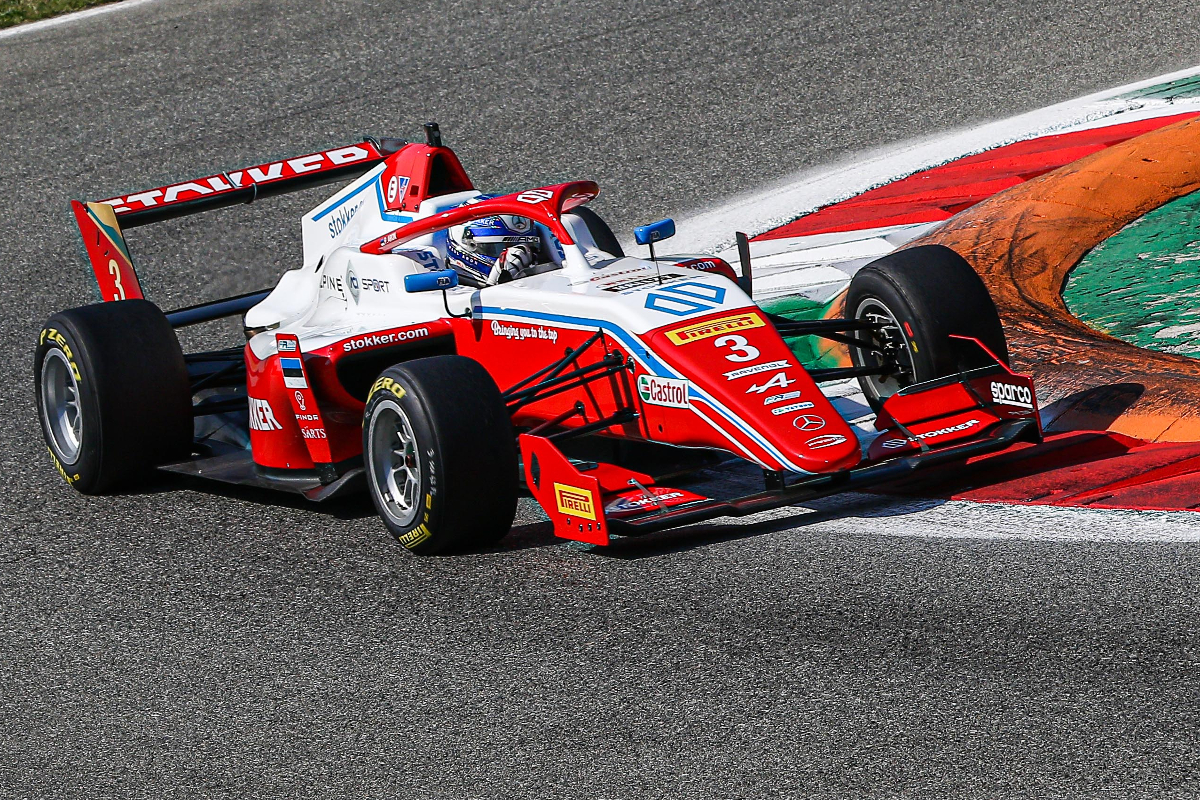 Paul Aron held off a late challenge from Dino Beganovic to give Prema a one-two finish in the second Formula Regional Europe race at Monza.

A late safety car bunched up the field, allowing Beganovic back onto the tail of his team-mate but poleman Aron always looked to be in control and was unchallenged to the flag.

ART Grand Prix’s Gabriele Mini had to settle for third ahead of a duelling Kas Haverkort and Michael Belov.

Aron got away smoothly at the start to lead into the first chicane with Mini, a fast-starting Beganovic and Mari Boya falling in behind.

After that Aron was able to pull away, leading by over two seconds in two laps, as Beganovic found a way past Mini on lap one to head the pursuing group.

Haverkort passed Boya for fourth on lap three, and the Spaniard fell into the clutches of a charging Belov.

Hadrien David managed to get ahead of Sebastian Montoya for seventh just before the safety car was deployed mid-race and Aron’s lead was slashed.

Pietro Delli Guanti had spun at the second chicane, then Hamda al Qubaisi and Pietro Armanni had tangled at the same spot.

Aron mastered the restart to establish himself up front again, as Belov passed Boya for fifth and started hunting down Haverkort before the second late safety car period. Haverkort had to defend vigorously from Belov into the first and second chicanes late on, but successfully held off the Russian to the finish with Boya and David following them home.

Gabriele Bortoleto and Montoya fought over eighth, the former around the outside of Parabolica, although a latter error at Lesmo allowed Montoya back to seal the position.

Just outside the points was Sami Meguetounif, who charged from 24th to 11th. Axel Gnos failed to start as a result of injuries sustained in a race one accident.