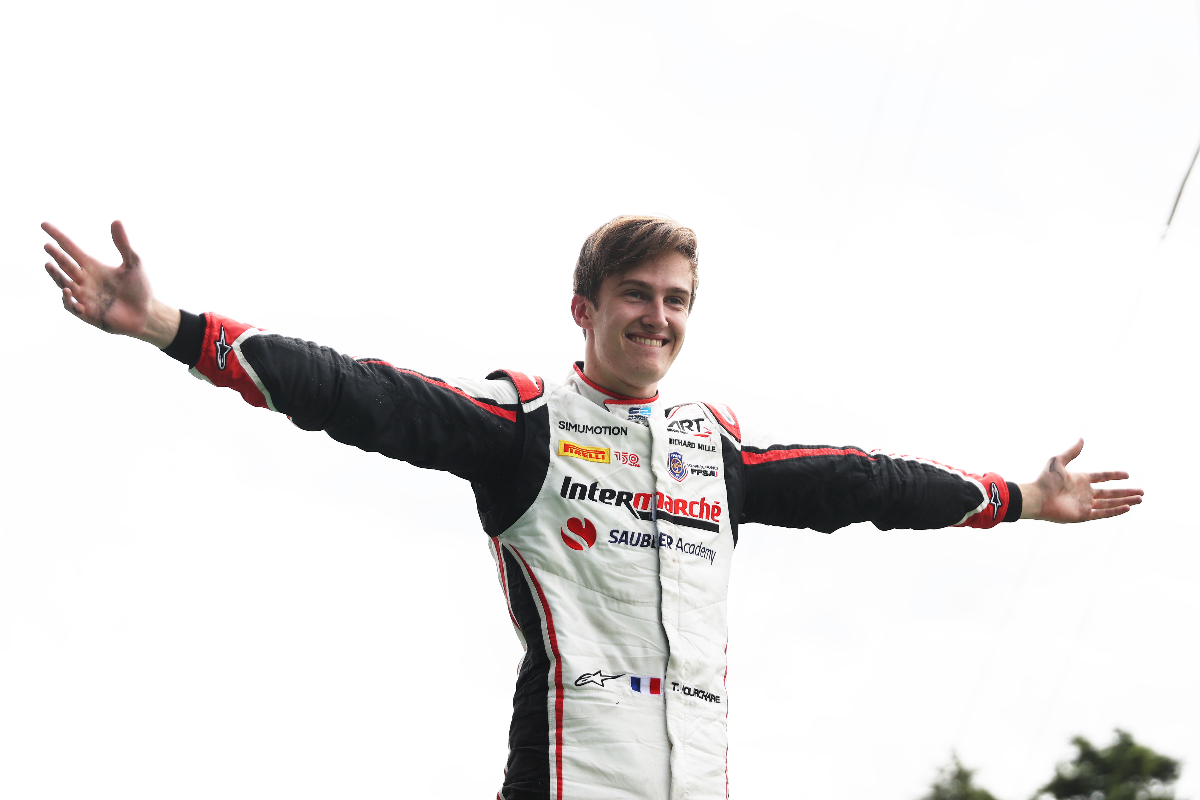 ART Grand Prix’s Theo Pourchaire joked that he was disappointed that his race-deciding move in the Formula 2 feature race at Imola was unseen by television cameras.

The move in question came on lap 19 of 35, with Pourchaire in 12th place behind DAMS’ Roy Nissany, who had launched from sixth to first at the start, and Campos Racing’s Ralph Boschung after all three pitted early during a safety car period.

Pourchaire lunged down Boschung’s inside at Tamburello from a long way back and got the move done under braking. The overtake was crucial to the race outcome, as two laps later Nissany crashed out of 10th – and the net lead as those ahead had yet to pit – exiting Rivazza 2 at the end of the lap.

“I’m disappointed!” joked Pourchaire in the press conference when asked about the overtake. “Because it was a great move. I had the DRS, Ralph just lost the DRS from Roy at that point.

“Ralph did a great job to not move under braking or not to do a late move, so it was a clean move by both of us. And in the end, it was a great overtake, but I’m disappointed, I want to see it, I want people to see it as well!”

Boschung was full of credit for his rival, saying: “I think he did a proper lick the stamp and send it, like Ricciardo. He was so far back, and I was on the racing line and I didn’t expect him to lunge on the inside and it was really impressive.

“Once he was in [range] I just didn’t bother trying to defend because this would have been a collision. So yeah, good job.”