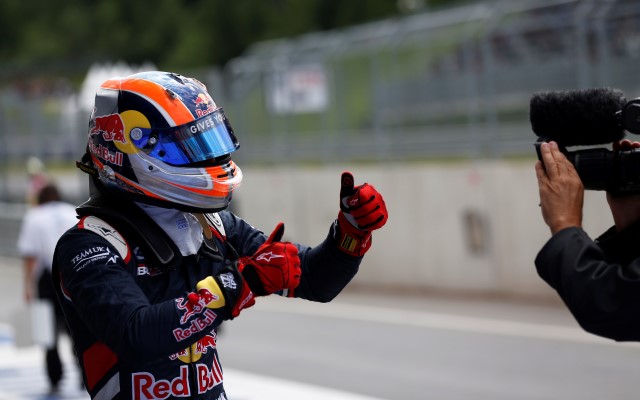 Alex Lynn made it two pole positions from as many qualifying sessions in GP3 as he put his Red Bull-backed car top of the pile again at Spielberg.

The Carlin driver had led at the midway point of the session but had been shuffled down the order in the second half, before returning to top spot with his penultimate effort. His final lap was hampered by a slow car at the awkward pit entry, but Lynn had already done enough to claim pole.

He was far from dominant though, with both Alex Fontana and Dean Stoneman getting to within a tenth of the pole time as they claimed second and third on the grid respectively.

Lynn’s team-mate Emil Bernstorff was fourth ahead of Patrick Kujala, who was sat on provisional pole relatively late on before others improved. Jimmy Eriksson was sixth ahead of fellow German F3 champions Marvin Kirchhofer and Richie Stanaway, who were both in the fight for pole but lost out when it mattered.