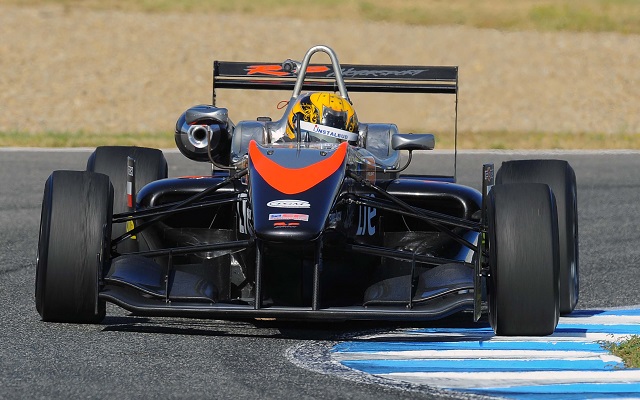 RP Motorsport drivers and championship frontrunners Artur Janosz of Poland and Sandy Stuvik of Thailand topped the three Friday practice sessions between them, becoming the early pacesetters of the third round of the 2014 Euroformula Open season at Jerez.

Janosz was fastest in the first session, when most of the drivers wound up setting their best times of the day. Konstantin Tereshchenko was the top Campos driver in the morning in second, a tenth slower than Janosz, while Guatemalan driver Andres Saravia managed to pip Stuvik to third overall.

Janosz was quickest in the second session too, although the Pole, who turned 21 this week, fell short of his chart-topping effort in the first session by just under three-tenths of a second. Stuvik improved to second fastest while Israeli driver Yarin Stern managed to go third fastest for West-Tec.

Last year’s runner-up Stuvik dominated the third session as he went on top early on and never relinquished the lead. West-Tec’s German driver Nicolas Pohler was second quickest and one of the very few drivers to set their best time in the third session, his best lap only good enough for tenth fastest overall. Championship leader Janosz ended the final session in third.