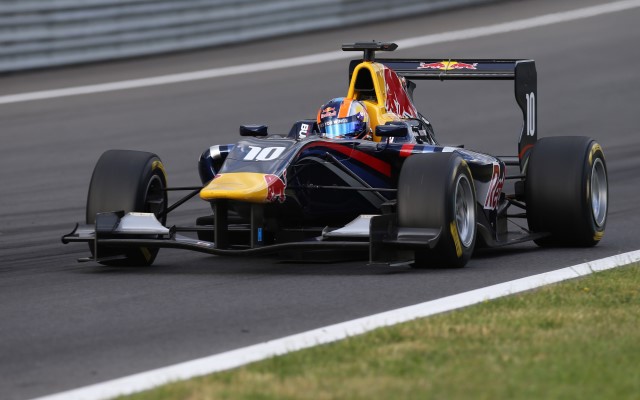 Alex Lynn set the pace in GP3 practice at Spielberg, the home circuit of his backers Red Bull.

Lynn, who claimed pole and the race one win at the season opener at Barcelona, was a dominant 0.587 seconds clear of the rest of the field, which was led by his Carlin team-mate Emil Bernstorff.

Nick Yelloly made it a British 1-2-3 for Status Grand Prix, while Santiago Urrutia took P4 for Koiranen. In his first ever drive of a GP3 car, Riccardo Agostini finished up in fifth ahead of Hilmer team-mate Nelson Mason.