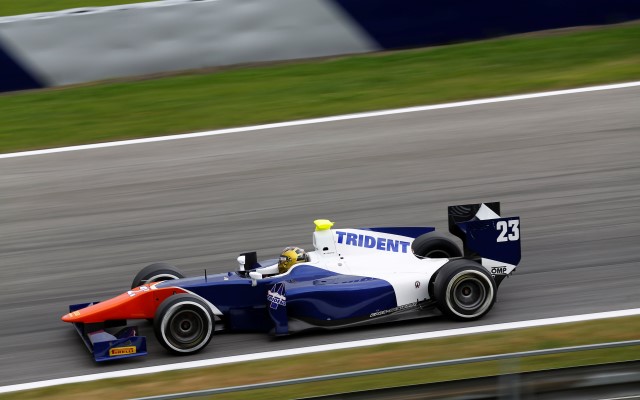 Johnny Cecotto Jr took the pole position for the first ever GP2 race to be held at Spielberg.

The Venezuelan was leading at halfway point, when the drivers went into the pits to change tyres, and kept his lead during the second stint of the qualifying despite being unable to improve.

A spin on his final lap forced championship leader Jolyon Palmer out of contention for the pole and made him settle with second, being beaten by only 0.04s.

Palmer shared his fate with Felipe Nasr, whose last minute improvement was only enough for third, losing out by only six thousandths of a second.

UPDATE: Hilmer’s Daniel Abt and Rapax racer Adrian Quaife-Hobbs have received a three-place grid penalty each, having been both found guilty of infringing track limits to gain an advantage in turn 8.