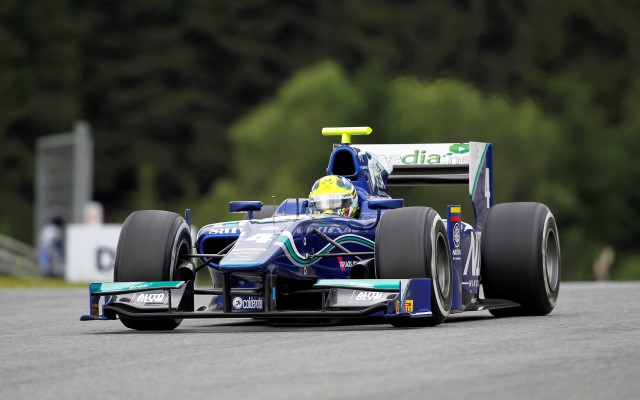 Julian Leal was fastest in the practice session of GP2 at Spielberg.

The session started and ended the same way, with light rain falling on the track, however, most of the practice was dry, enabling the drivers to learn the track, which is visited by GP2 for the first time.

It was championship leader Jolyon Palmer and Caterham’s Alexander Rossi who set the early pace, however, in the middle of the session?Ferrari Academy driver Raffaele Marciello took the lead.

Colombian Leal, who is currently sitting fourth in the standings with two podiums, took the lead in the final minutes from Marciello, who had to settle with second at the end.

Racing Engineering and Carlin locked out the top four positions as Stefano Coletti and Felipe Nasr finished in third and fourth respectively, with the latter only separated from the benchmark time by less then 0.3s.

One incident between Nasr and Facu Regalia, with the latter impeding, is under investigation by the stewards.