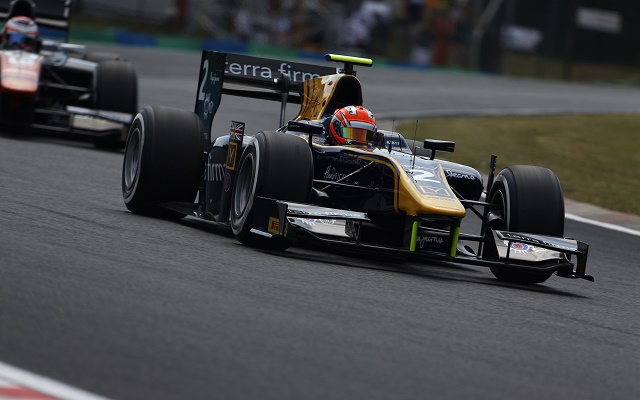 Having led the practice session by four tenths, championship leader Vandoorne was the odds-on favourite heading into qualifying and duly topped the timing screens with his first benchmark.

With the opening set of flying laps out of the way, the Belgian was three and a half tenths ahead of Ferrari protege Raffaele Marciello.

The Italian moved to within just 0.014s with his second attempt, but Vandoorne responded and held an advantage of two tenths at the midway point.

The two DAMS drivers were the first to emerge out of the pits in the second half of the session and, in clean air, Lynn moved up to first.

That would prove crucial as neither Vandoorne, nor Marciello could match his lap in the busier final stretch of the session.

The latter was close with a session-best sector two on his final effort, but couldn’t improve and ended up slipping to fourth, behind Arthur Pic.

Lynn’s teammate Pierre Gasly was fifth ahead of Jordan King, whose title contender teammate Alexander Rossi could only place 11th.

Another of Vandoorne’s rivals Rio Haryanto was seventh, ahead of Mitch Evans, Sergey Sirotkin and Nick Yelloly.

Of the new additions to the grid, Nicholas Latifi qualified an impressive 12th, while fellow FR3.5 regular Sean Gelael was penultimate.