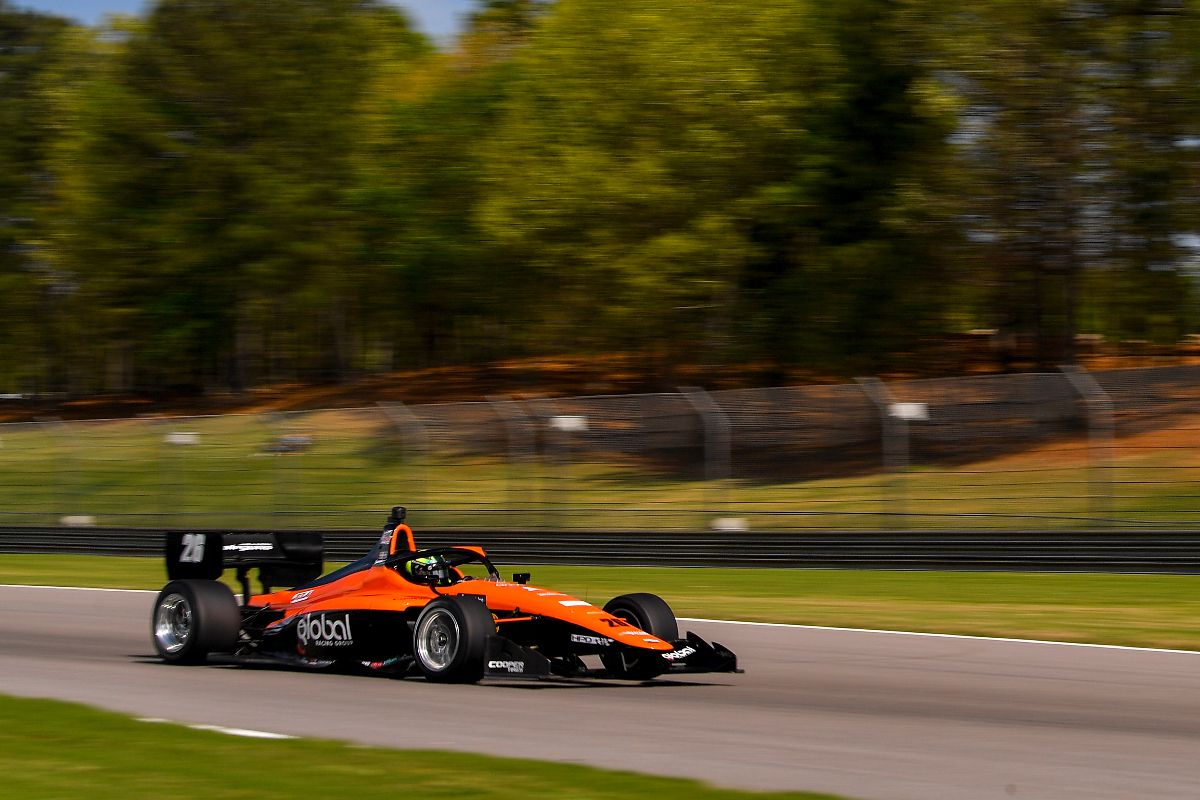 Lundqvist got a strong start to lead into the first turn, but there was contact behind as HMD’s David Malukas was clipped by Andretti Autosport’s Kyle Kirkwood, sending Malukas into the barrier and out of the race.

This brought out the pace car, and Kirkwood fell to the back of the order after pitting for a new front wing. GRG’s Benjamin Pedersen held onto second after pressure from Juncos Racing’s Toby Sowery before the intervention.

Lundqvist got an excellent restart and held a comfortable lead to Pedersen throughout the 30-lap contest. The reigning Formula Regional Americas champion became the first victor of a Lights race since September 2019.

Pedersen finished a somewhat distant second, while Andretti Steinbrenner Racing’s Devlin DeFrancesco completed an all-rookie podium after making an opportunistic pass on Sowery after the restart.

Carlin with Jay Howard Driver Development’s Alex Peroni rounded out the top five behind Sowery on his debut and on Carlin’s return to the series, ahead of Andretti Autosport duo Robert Megennis and Danial Frost.

They were both pursued intensely by the two most recent Indy Pro 2000 champions right to the flag. Push-to-pass was not available for this race, and Juncos’s Sting Ray Robb was unable to find a way past, despite a lock-up from Frost late in the race which allowed Megennis to pull away in the final laps.

Christian Bogle (Carlin with JHDD) rounded out the top 10 after fending off Kirkwood for the first half of the race, and finished ahead of fellow debutants Nikita Lastochkin (HMD) and Antonio Serravalle (Pserra Racing).