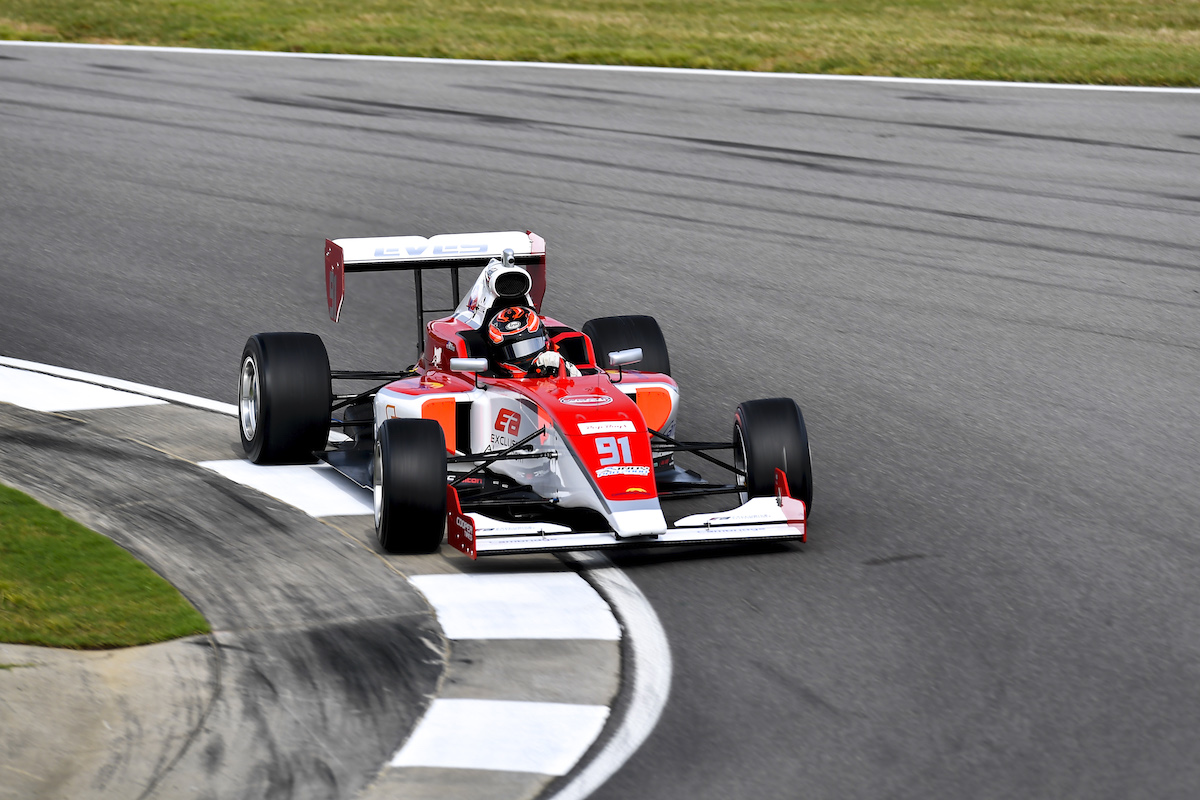 Exclusive Autosport’s Braden Eves won on his first Indy Pro 2000 race back since injury, leading a team one-two at Barber Motorsports Park in the season-opener ahead of Artem Petrov.

Eves had taken pole on his return to the championship after breaking his back in a crash at the Indianapolis Motor Speedway in 2020.

He had to resist a lot of pressure from Petrov on the opening lap but was able to do so. From there, the pair gradually pulled away, with Eves having a reasonable advantage over his team-mate throughout the 25 laps.

It was Eves’ second victory at this level, adding to his maiden victory at Mid-Ohio in 2020.

Juncos’s Reece Gold came out on top of a brilliant scrap between himself, Pabst Racing’s Hunter McElrea and Jay Howard Driver Development’s Christian Rasmussen early in the race to take fourth at the flag as the highest-placed rookie.

DEForce Racing’s Cameron Shields was fifth on his IP2000 debut, ahead of RP Motorsport’s Enaam Ahmed, who climbed up from 13th to sixth. McElrea dropped back later in the race after sustaining damage to his front wing and took seventh.

Several drivers hit trouble in the race. Jack William Miller, Kyffin Simpson and Enzo Fittipaldi were all involved in contact on the opening lap coming into the tight sequence after the back straight and finished down the order and lapped.

After a strong start, reigning USF2000 champion Rasmussen had to pit with an issue and took 14th as well as the fastest lap.

His JHDD team-mate Wyatt Brichacek also hit issues, as did Turn 3 Motorsport’s James Roe, who had climbed from 15th up to eighth before pitting for an issue. He ended up finishing 16th.