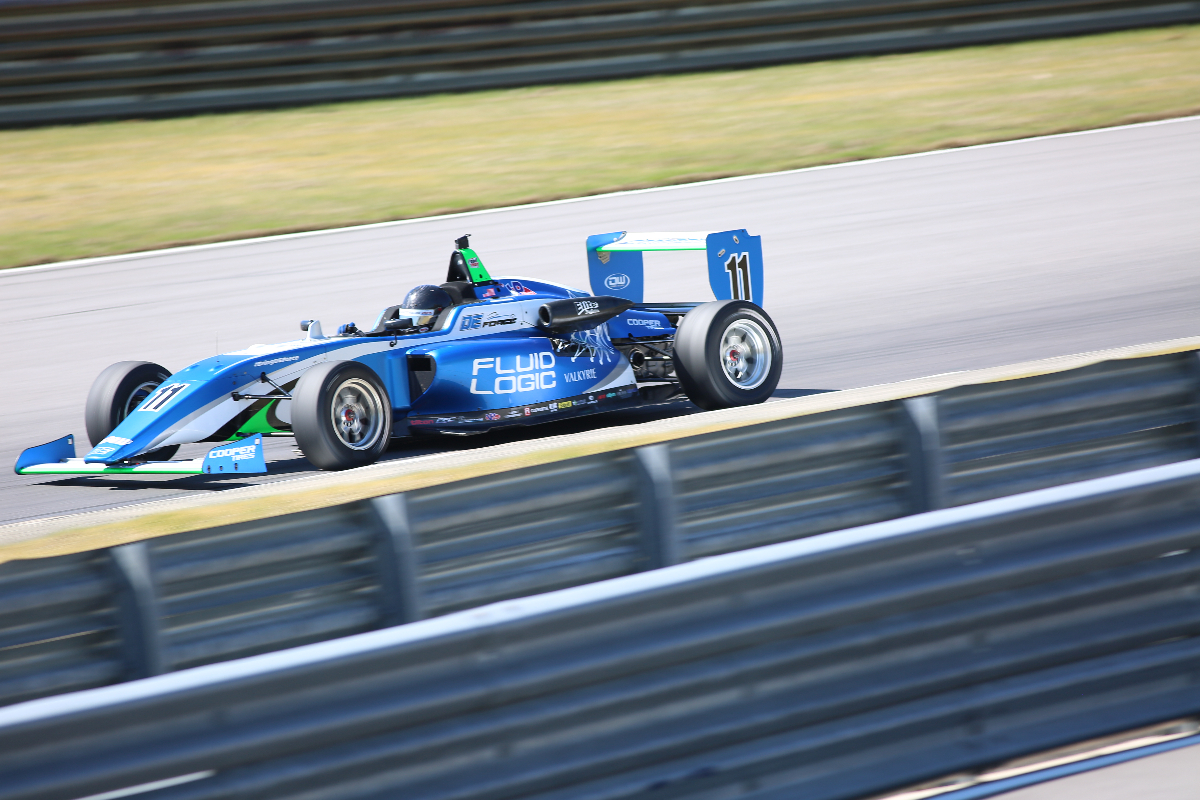 Siegel started from pole and led the opening few laps that were interrupted by a full course yellow period after a scary crash at the turn 5 hairpin when Jay Howard Driver Development’s Bijoy Garg span around and Miller Vinatieri Motorsports’ Kent Vacarro rode over him as he faced the wrong way.

When racing returned to green flag conditions, Pabst Racing’s Josh Pierson was all over for Campell for second place yet it was Campbell who was able to finish the lap in the lead.

After passing Siegel, Campbell kept him at bay by a few tenths of a second but with the gap always large enough for Campbell to stay ahead in the areas where Siegel could look to make  pass.

That changed on the last lap, but Campbell was able to hold off the train of cars behind to take his first win and the points lead.

Pierson prevented a DEForce podium lockout by finishing ahead of Kiko Porto in third place, and Exclusive Autosport’s Christian Brooks put them under pressure in the second half of the race in fifth.

Force Indy ended its first weekend as a team with sixth place for its rookie Myles Rowe, as he made several passes after losing a few spots in the opening laps.

Yuven Sundaramoorthy, winner of the season-opening race, finished just over five seconds off the winner in 10th, while JHDD’s Jackson Lee charged from the back to finish 13th.

Fastest lap went to his team-mate Peter Vodanovich, who pitted and went several laps down but returned to track in clean air and earned an additional point by setting the pace.