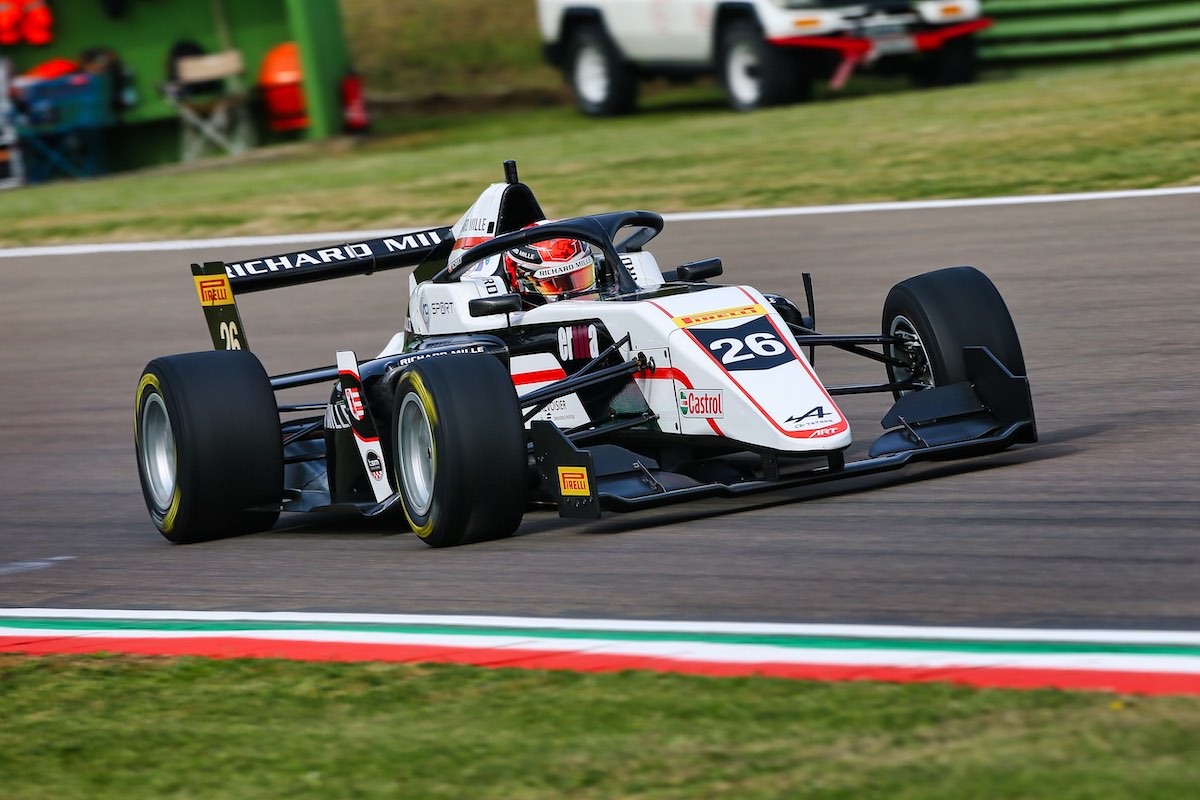 Gregoire Saucy converted pole to victory in the second Formula Regional European Championship by Alpine race of the season at Imola.

The ART Grand Prix driver managed two safety car restarts on his way to his first win in single-seaters and leaves Imola top of the championship standings.

Paul Aron picked up his second podium of the weekend in second as Zane Maloney held off an early charge from Dino Beganovic to take third.

As in race one, P2 wasn’t the best starting position on the grid, as second-placed starter Hadrien David struggled off the line. Aron and Maloney were both able to pass the R-ace GP driver and battled for second as Saucy built a gap at the front of the field.

They were both brought back onto the tail of Saucy when an off for Jasin Ferati brought out the safety car.

Saucy got a good restart, again breaking free of Aron as Dino Beganovic put pressure on Maloney for third.

Maloney shook off Beganovic, who fell into a battle with Alex Quinn. Beganovic and Quinn ran side by side for a number of corners before a lock up for Beganovic caused contact at Piratella. Quinn was spun around and brought out the safety car, while Beganovic was able to return to the pits.

Aron tried to stick with Saucy when racing resumed with nine minutes remaining, but Saucy put in a faultless drive and extended the gap to more than a second before the chequered flag.

Maloney had a relatively quiet end to the race, coming in third on his second Regional Formula 3 start after a mechanical failure had caused a retirement in the opening race.

David recovered to fourth ahead of William Alatalo and the charging rookie Gabriele Mini.

After running wide early on, race one winner David Vidales finished seventh having put in the fastest lap of the race in the closing stages.