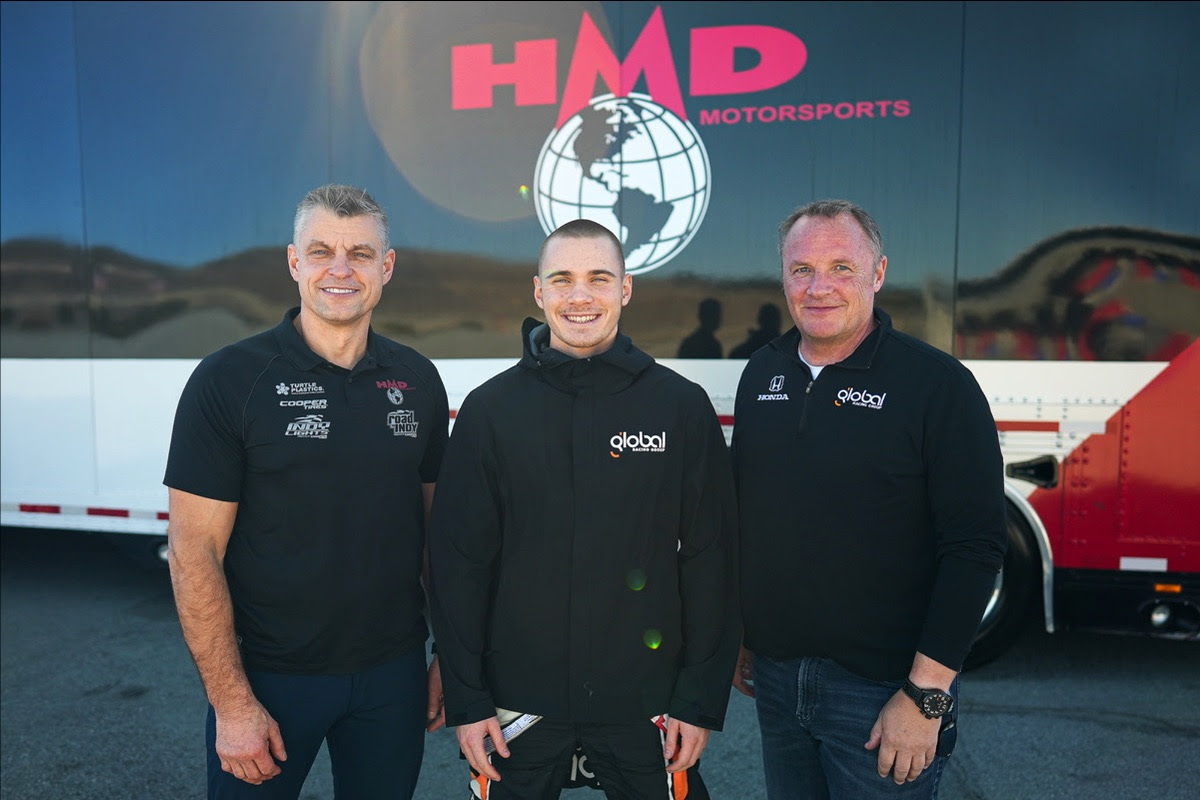 Linus Lundqvist has announced his long-anticipated signing with the Global Racing Group with HMD Motorsports team for his move into Indy Lights this year.

The reigning Formula Regional Americas champion earned a scholarship from Honda Performance Development with his title success, enabling the step up to IndyCar’s primary feeder series.

Lundqvist raced for GRG in FRegional Americas, winning 15 out of 17 races in the 2020 season, and the team has formed a new alliance with existing Indy Lights outfit HMD to expand into the Road to Indy.

“I am ecstatic to finally be able to announce my plans for 2021 and shift my focus to race wins and the quest for the championship,” said Lundqvist.

“The partnership between Global Racing Group and HMD Motorsports has really formed a powerhouse programme in the Road to Indy and their support together with Honda’s scholarship initiative has allowed me to put together what I believe to be the best possible foundation for a successful season.”

The 21-year-old’s car racing career started in the Formula Renault 1.6-based Formula Nordic in 2015, and he went on to become a race-winner in British Formula 4 in 2017 before winning the BRDC British Formula 3 title as a rookie and then starring in Euroformula two years ago.

He switched to America’s Regional F3 series last year, and during the off-season has already been testing Indy Lights’ Dallara IL-15 car.

FRegional Americas team-mate Benjamin Pedersen will step up alongside Lundqvist under the GRG with HMD Motorsport banner, while Indy Lights returnee David Malukas is being run solely as a HMD driver.